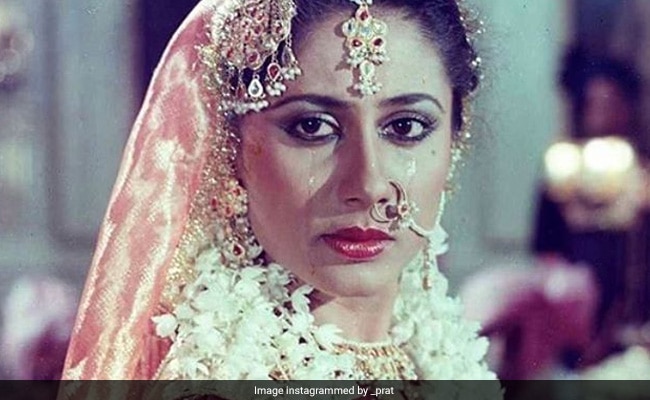 A still featuring Smita Patil from the movie 'Ghungroo'.

On his late mother and veteran actress Smita Patil's 64th birth anniversary, actor Prateik Babbar has shared two photographs remembering her. A powerhouse of talent and widely regarded as one of the best actresses of her time, Smita Patil died at the age of 31, a few weeks after she gave birth to Prateik. She was married to actor Raj Babbar.

"Happy birthday to my gorgeous lady," her son Prateik wrote on Instagram this morning. He dug out a stunning black and white photograph of his mother Smita Patil posing for the camera and shared it with his Instagram followers.

Prateik Babbar followed it up with a second post remembering his mother. This time, he shared a still featuring Smita from the song Tohfa Kabool, along with a quote.

Prateik Babbar's two posts have together collected thousands of 'likes' and messages from fans of the late actress.

Smita Patil was one of the most celebrated actresses of the '80s. She won the National Award for her films Bhumika and Chakra. She was also awarded the Padma Shri in 1985.

Smita Patil appeared in over 80 Hindi, Marathi and Malayalam films in a career that spanned just over a decade. Over 10 of her films were released after her death.