Read inOther Languages
This Article is From Mar 19, 2021

Popular Woman Biker Revealed To Be A 50-Year-Old Man

On Twitter, @azusagakuyuki has a following of over 20,000 and regularly shares photographs that show 'her' with motorbikes. 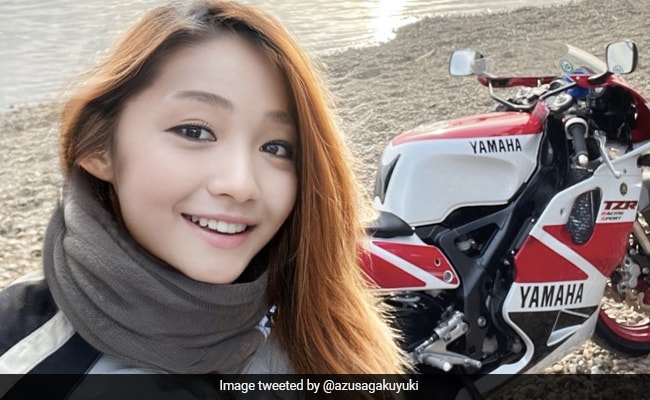 A young woman biker in Japan was revealed to be a middle-aged man.

A young Japanese motorbike rider with a huge following on social media is actually a 50-year-old man who has been altering his appearance though FaceApp and Photoshop. This shocking fact was revealed when the man unwittingly posted a photograph on Twitter in which his reflection in a mirror raised suspicion, reports Ladbible.

On Twitter, @azusagakuyuki has a following of over 20,000 and regularly shares photographs that show 'her' with motorbikes. "I love messing around with bikes," she wrote in one tweet.

The biker managed to garner a sizeable following on social media and managed to evade any suspicion until recently. In a photo 'she' took of her motorcycle last month, some eagle-eyed fans noticed there was a reflection of a middle-aged man in the rearview mirror.

As the photo began to go viral, Japanese media outlets attempted to gather more information about the bike enthusiast. The crew of a Japanese variety show eventually managed to track the biker down. Photos shared on Facebook show the moment that the crew confronted the biker and it was revealed that 'she' was actually a 50-year-old man.

According to Yahoo News, the man reportedly said he transformed his appearance because nobody wanted to see an 'uncle' on social media. He explained that he posted a picture of himself as a woman on social media for fun, but quickly gained over 1,000 followers with it. He then decided to continue the deception because he enjoyed feeling like an online celebrity.

The man used FaceApp to alter his appearance dramatically. The popular mobile application has a gender swap filter which allows users to change their look.