Kobe beef croquettes turned out to be the best-selling items of this shop after they were added to the menu post World War II. 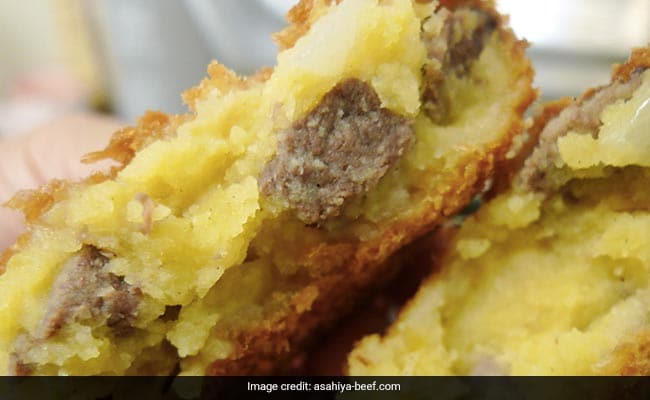 The croquettes' widespread appeal can be ascribed to their low cost.

How long can you wait to try a dish? Thirty minutes or one hour and then it is delivered by food ordering applications like Zomato and Swiggy. But have you ever wondered waiting for 30 whole years to try out something? Customers will have to wait for three decades to receive frozen Kobe beef croquettes if they order from Asahiya, a family-run butcher shop located in Takasago City in western Japan's Hyogo Prefecture, as reported by CNN.

The shop has been selling products since 1926. Kobe beef croquettes turned out to be the best-selling items of this shop after they were added to the menu post World War II. However, it wasn't until the early 2000s that these deep-fried potato and beef dumplings went viral online, causing the absurdly long lines that customers now endure.

In April this year, a Twitter user posted a picture of her order of the croquettes. Captioning the parcel, she wrote, "My croquettes that I ordered 9 years ago have arrived." She had placed the order on September 8, 2013, and was informed that she would have to wait for seven and a half years.

However, the wait was made longer by a bad crop of the potatoes needed by Asahiya to make the croquettes. They are created daily from scratch without preservatives. Ingredients include potatoes from a nearby ranch and three-year-old female A5-ranked Kobe beef.

Shigeru Nitta, third-generation owner of Asahiya, told CNN, "We stopped selling them in 2016 because the waiting time became over 14 years. We were thinking of stopping orders, but we got many calls requesting to keep offering them."

The croquettes' widespread appeal can be ascribed to their low cost. Despite the beef in them costing about $2.70 (Rs 220) each piece when Asahiya initially introduced them in the market, they were only priced at $1.80 (146.9) per piece, CNN further mentions. They resumed the orders in 2017 with an increase in price.

Also Read: This Japanese Restaurant Lets Customers Catch Their Own Fish For Meal

Asahiya's official website mentions that the customers will have to wait for 32 years, if they order the croquettes today.

As per CNN, the customers in line receive a frequent newsletter from the store with the most recent shipment estimate. The store also confirms the delivery with the clients once more a week before to the scheduled delivery date.

"Of course, some people have changed their email addresses. For those people, we call them directly and let them know the delivery date. They can change their address themselves through our website or when we call them, they can let us know," Mr Nitta told CNN.