"Do yourself a favor and don't watch Insatiable today. You deserve better," wrote one Twitter user 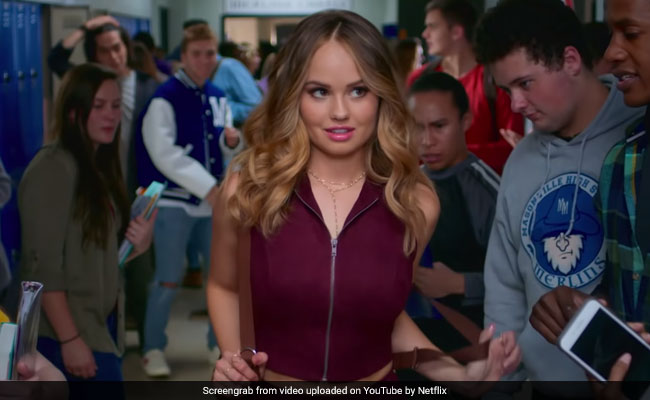 Instead, critics have slammed it as fat-shaming, homophobic and denigrating to transgender people.

The offbeat show follows the story of overweight teen Patty, who is mocked and bullied incessantly until she has an accident that requires her jaw be wired shut -- which causes her to shed significant weight.

With her new svelte figure, she vows to seek revenge on all those who attacked her, notably by participating in beauty contests.

The trailer prompted fierce backlash from critics accusing the show of body-shaming.

It perpetuates "not only the toxicity of diet culture, but the objectification of women's bodies," read a petition launched last month.

With the show's release on Friday, the petition -- which calls for the series' cancellation -- had more than 229,400 signatures.

Some people also skewered the show for the way it portrayed homosexuality, including apparently making light of Patty's best friend Nonnie for her repressed desire.

In another scene, a young girl who accidentally releases a nude photo of herself says she initially "figured everyone would think I'm a slut."

"Now they think I'm a lesbian and that's way worse," she says.

And in another scene, Patty and a transgender woman compare being fat to being transgender, saying they both aspire to change their bodies.

"At the very least, it will be a conversation starter," said Alyssa Milano, who stars in the show.

"People bring with them their own emotional history and that's what makes art amazing and TV entertaining. I'm completely aware that it's not a show for everybody but we're really proud of what we did."

The series drew massive backlash on Twitter as well:

After watching the Netflix series Insatiable I can honestly say it was far worse than the trailer even depicted it. I'm surprised it made it out of the writers room.

If you believe, as I do, that fat people deserve more nuanced stories that present us as full beings, do yourself a favor and skip Insatiable. Watch Dietland or My Mad Fat Diary or Loosely Exactly Nicole instead. Let Netflix know we want and demand better.

Do yourself a favor and don't watch Insatiable today. You deserve better.

the problem with insatiable is that they tried to be satire and failed. if it WAS all satire, we would be laughing along with the characters, but they truly missed the mark and so it's an unfunny, horribly offensive series

Lauren Gussis, who created the show, called it "a cautionary tale about how damaging it can be to believe the outsides are more important -- to judge without going deeper."

"Please give the show a chance," she said.