Plane's Engine Fails, Pilot Lands In The Middle Of Highway

"I saw an opening on the highway and I went for it right away," said the pilot. 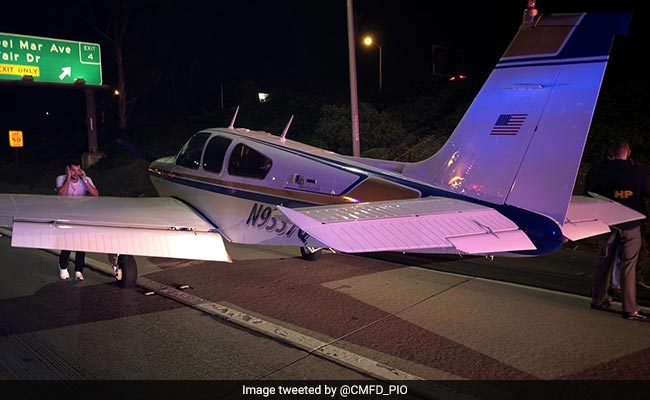 Pilot Izzy Slod, 24, followed his gut and decided to land the plane on the highway.

A pilot facing engine failure was forced to make an emergency landing on a highway in California, US. A picture posted by Costa Mesa Fire & Rescue on Twitter shows the small plane parked on the freeway. No casualties were reported in the incident.

"#CMFR on scene of a small aircraft that landed on the 55 Frwy.  Occupants are out and no injuries reported. #breaking," Costa Mesa FD tweeted some 10 hours before writing this. They followed up the tweet with a picture from the sight.

According to NBC Southern California, Pilot Izzy Slod, 24, was on his way from San Diego to Van Nuys along with a friend when he noticed the engine had some trouble. Realizing that he couldn't restart the engine, Mr Slod decided to land the plane on the 55 Freeway in Costa Mesa.

"I saw an opening on the highway and I went for it right away," Mr Slod told KTLA. He added that it was a "complete miracle" that the traffic on the highway was light when he decided to land the plane.

Promoted
Listen to the latest songs, only on JioSaavn.com
Mr Slod also contacted air traffic control and notified them about his decision before landing the plane.  "You don't have a choice, you have a minute, maybe two minutes max to figure something out. I went with my gut on the freeway. I didn't know if I was going to make it," he told NBC Southern California.

A driver passing by the site captured the plane on the side of the highway and posted the video on Instagram.

The emergency landing is under investigation by the Federal Aviation Administration, reports Los Angeles Times.
Click for more trending news