People In Bhopal Gather Around Truck, Ask Driver To Honk Again. Watch Why

Shouts of "ek baar aur" can be heard in the video. 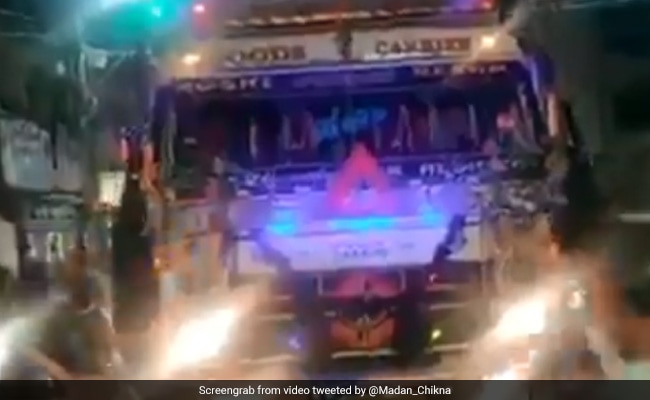 A hilarious video from Bhopal is amusing social media.

This is the kind of wholesome video that will lift all your mid-week blues. The video, which is going viral online, shows a truck driver using the vehicle's horn to blare out a Bollywood song – and people both on the road and on social media can't seem to get enough of it. The video first emerged online two days ago, and has since gone viral on YouTube and Twitter, amusing many. While it is not clear where the incident took place, many on the microblogging platform identified the city as Madhya Pradesh's Bhopal.

The short clip begins by showing a huge crowd surrounding the truck and requesting the driver to play the horn again. Shouts of "ek baar aur" or "one more time" can be heard in the video, and they only subside when the driver agrees to play the Bollywood song again.

Can you guess which Bollywood song that was received with huge cheers from the crowd on the road? Listen to it below:

Did you manage to guess the song? It is, of course, the hugely popular 'Main Jat Yamla Pagla Deewana' from the 1975 movie Pratigya.

The hilarious video, that has left many chuckling, has been shared again and again on Twitter. One version has collected a whopping 66,000 views on the microblogging platform, along with a ton of amused comments.

Only positive video in my timeline. Thanks

What do you think of the truck horn? Let us know using the comments section.