Parineeti Chopra is all set to play the titular character in a biopic based on Saina Nehwal's life. 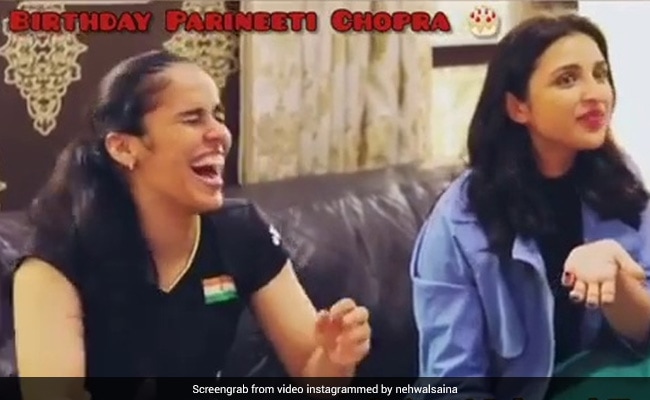 Saina Nehwal wished Parineeti Chopra on her birthday with this hilarious video.

On actor Parineeti Chopra's birthday, badminton player Saina Nehwal wished her with a hilarious video which shows the two of them discussing some totally relatable "weight issues". Parineeti Chopra is all set to play the titular character in a biopic based on Saina Nehwal's life.

In the video, the ace shuttler and the actor can be seen digging into plates of food when Saina begins talking about how her weight fluctuates. "Ek-do kilo badh jaata hai mera, ek hi din mein (I can gain a kilo or two in just a day)," she says, prompting a surprised Parineeti to exclaim, "It's the same as me!"

The video has garnered over 20,000 views and a ton of amused comments on Instagram, with many calling the conversation "relatable".

Parineeti Chopra responded to the clip in the comments section.

"Can relate to this," wrote one Instagram user, while another said, "Same."

In October last year, Saina Nehwal had shared Parineeti's first look for her biopic. The actor has undergone intensive training for the role, practicing badminton rigorously and even injuring herself in the process.

Boman Irani's Rendition Of 'Over The Rainbow' Is Winning Hearts