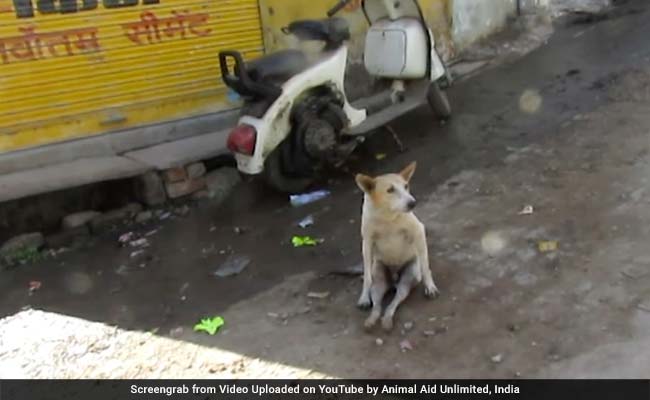 Georgie, a street dog run over by a car and left paralysed, was resuced from Udaipur.

New Delhi: When rescue workers at the Animal Aid Unlimited rescue centre in Udaipur received a call about a street dog left injured in a car accident, they went to the location to find a scared dog whose hind legs were completely paralysed. Georgie, as he later came to be known, was unable to walk or stand as his 'back legs strangely stretched out in front of him.' So scared was he that he tried his level best to run away from the rescue workers by dragging his body. Fortunately, they managed to take Georgie to the Animal Aid hospital.

The car accident had left Georgie with nerve damage, which is usually irreversible. Even after treatment, he could not stand up. However, little by little, with extensive treatment and physical therapy, he began to show signs of improvement. Today, Georgie can run again, and his video will warm your heart. Watch it below:


Promoted
Listen to the latest songs, only on JioSaavn.com
Since being shared online, the video has been viewed over 1.3 lakh times and has received plenty of positive reactions. Let us know what you think of the touching video using the comments section below.