The company will reveal on June 11 what the 'B' stands for. 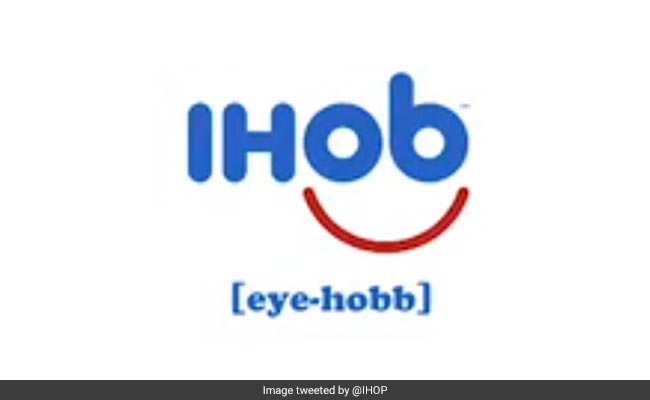 On Monday, the chain announced they are changing their name to IHOB

On Monday, the International House of Pancakes prompted Internet furor with one head-scratching tweet.

What would the "b" stand for? The American breakfast chain wouldn't say. Its curious customers would have to wait until June 11 to find out.

Speculation abound. Surely the "b" could stand for "breakfast," some suggested on social media. Could it be brunch? others offered. Or maybe even bacon?

But for one corner of Twitter - Arabic speakers - the mysterious "b" actually made perfect sense.

"What do y'all mean name change," Chris Tadros wrote, "this is what Arab parents called IHOP for years."

"For those of us with Arabic-speaking parents, its been 'IHOB' from the very start," said Ala'a Ibrahim. "Bizza Hut & Bopeyes are also family favorites."

That's because in the Arabic alphabet, no letter exists with a hard "p" sound, making it tough for Arabic speakers to pronounce the letter P. Arabs have worked around this issue with the closest alternative - the Arabic equivalent of the letter "B." Across the Middle East, Pepsi is known as "Bebsi." Pizza is "bizza."

So for many Arabs, IHOP has always been known as IHOB.

It's still to be determined whether IHOP is actually aware of the connection. But coincidence or not, Arabic speakers across Twitter dwelled in the moment.

"Someone Arab has bought significant share of IHOP and now they're the International House of Bancakes," said another.

"Did an Arab person take over IHOP?" wrote Fatima Syed, a reporter for the Toronto Star. "I ask as someone who for years was known as the girl from "bakistan."

Mohamed El Dahshan tweeted "My beoble the Arabs have taken over Ihob so much, they changed the name to something we can bronounce! #Fictory!!"

One Twitter user suggested another theory. The word "hob" means love in Arabic, so perhaps "Ihob = I love (pancakes)!"

That one seems like a stretch. And yes, this entire thing could very well just be a publicity/bublicity stunt by the breakfast chain, which has 1,671 locations in the U.S.

But as IHOP/IHOb continued tweeting about its unexplained name change, things "kept getting weirder," as one Arabic speaker said.

The company even tweeted an audio guide to "helb you bronounce it broberly," it said. "We suggest listening to it at least 30 times."

"This is how we, Arabs, have been pronouncing it for ages," one replied.