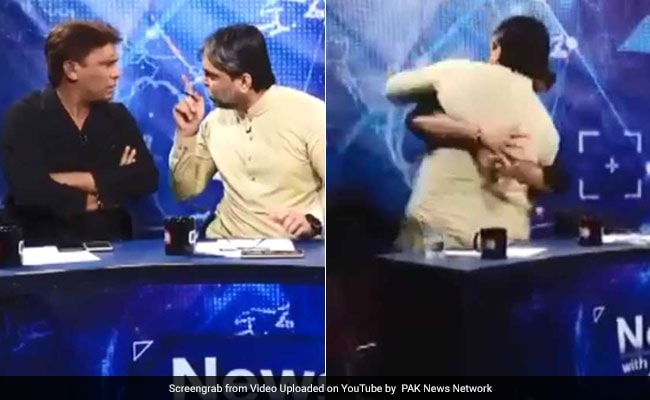 A video of two panelists fighting during a live TV debate in Pakistan has gone viral online.

In the video, the two were first seen arguing verbally before Mr Siyal got up and attacked Mr Khan, president of the Karachi Press Club. Mr Siyal was captured on camera first pushing Mr Khan to the ground, and then punching and slapping him. The two were separated by other guests on the show and crew members.

Amusingly, after the fight, Mr Siyal took his seat on the panel again. A few minutes later, the Karachi Press Club president also came back to the studio and the taping of the show resumed like nothing had happened.

The assault drew criticism on social media, where the video has been widely circulated. Many condemned the PTI leader's actions as "disgraceful". Other urged Pakistan Prime Minister Imran Khan to take action against Mr Siyal, a member of his party.

I am a supporter of pti but This is really disrespectfull and disgrace..#violence#masroor#pti#talkshow#ImtiazFaranhttps://t.co/4LkfGy1e80

Some, however, managed to find humour in the situation and criticised the cameraman for not staying focused on the fight.