'Padmavat' vs 'PadMan' At Box Office? Twitter Has Just One Joke

Even Amitabh Bachchan has joined the conversation 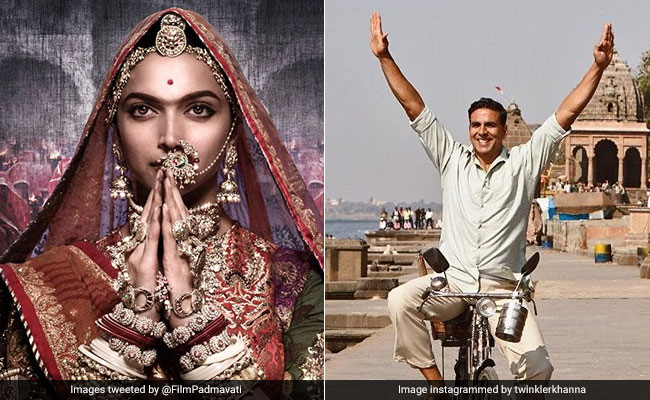 It's Padmavat vs PadMan at the box office this January 25.

Sanjay Leela Bhansali's Padmavat, after emerging from multiple controversies, is reportedly slated for a January 25 release, with a possible clash at the box office with Akshay Kumar- starrer PadMan. Now that the period drama is releasing on the same date as a film about periods, Twitter has predictably gone into an overdrive with punny jokes. While many are wondering which movie will fare better at the box office, others are have put on their funny caps to make the most obvious - period jokes.

Promoted
Listen to the latest songs, only on JioSaavn.com
Here's what Twitter is saying about the Padmavat vs PadMan:

However, many on Twitter have now called for the period jokes to be retired.

Anyone else tired of the period film about period jokes? #Padmavat#Padman#BasBhai

That hasn't stopped Twitter from cracking jokes about the clash:

@akshaykumar 's Condition After Hearing That #Padmavati Will Clash With #PadManpic.twitter.com/6HmYklq8KT

In fact, even Amitabh Bachchan joined the conversation: