"No Friends, No Alcohol": Bodybuilding Couple Reveal Their Fitness Regime

"We don't socialise, and we don't have friends outside the gym. We avoid parties and alcohol," they say. 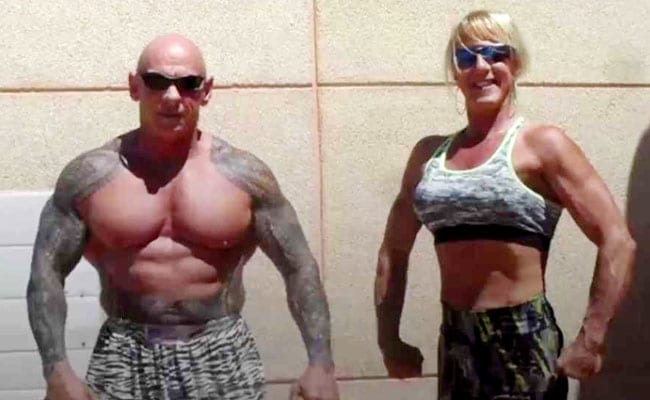 Ray Houghton and Pamela Coombs have a combined age of 114.

A teetotal bodybuilding couple from the UK has revealed the secret to their fitness. Ray Houghton and Pamela Coombs have a combined age of 114 - but you wouldn't know it by looking at them. While 53-year-old Pamela has the body of a 29-year-old, according to a body age calculator, Ray is so buff that the machine cannot give him a rating.

"We don't socialise, and we don't have friends outside the gym. We avoid parties and alcohol, so we really do lead the bodybuilding lifestyle," they tell Press Association.

On the weekend, however, they indulge themselves with a full English breakfast.

It's not just a passion for bodybuilding that Ray and Pam share. They two have also spent about 8,250 pounds between them on tattoos, and more than 11,000 pounds on dazzling white teeth.

The couple now hopes to open a fitness retreat together in the Spanish mountains.