"Never Too Late" For Something Inspiring, Says Anand Mahindra. See His Video

"It's never too late to see something that inspires us," wrote Anand Mahindra. 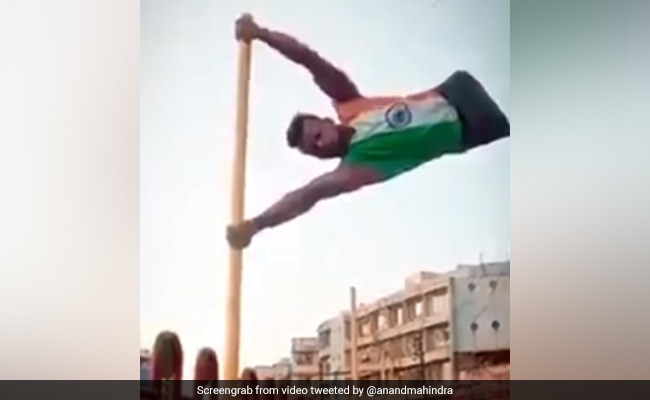 A still from a video shared by Anand Mahindra on Twitter.

Businessman Anand Mahindra took to Twitter this morning to share a video that many have hailed as a testament to the power of determination and hard work. Mr Mahindra shared a video of an amputee climbing a flag pole with skill and dexterity - a feat that has left thousands of viewers impressed.

In the footage, the man is seen wearing a shirt printed with the flag of India. Despite not having legs, he climbs the flag pole easily and stretches at the top - as if to recreate the unfurling of a flag.

Mr Mahindra explained that he would have shared the video yesterday on the occasion of Republic Day, but he only received it today morning. He added that it is "never too late" to watch something inspiring.

Would have posted this yesterday but I received it only this morning. However it's never too late to see something that inspires us; something that makes us stop feeling sorry for ourselves; something that reminds us that having a larger cause enables us to do great things... pic.twitter.com/HrU4FGA5ZV

The video shared by Anand Mahindra has been viewed over 18,000 times on the microblogging platform. In the comments section, many have applauded the man.

Truly incredible. Learnt a life lesson with this clip. Thanks for sharing

Sir , this is the real example of willpower .

Salute to this gentleman

An active Twitter user, Anand Mahindra often shares funny as well as thoughtful posts with his 7 million followers. A few days ago, he had shared a snippet of a speech by British-American author and motivational speaker Simon Sinek on the importance of staying humble.