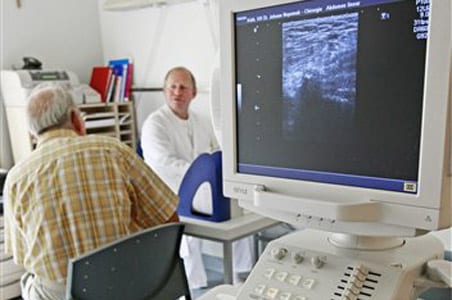 Washington: Scientists have claimed that an electronic nose developed by American space agency NASA for air quality monitoring on Space Shuttle Endeavour can also be used as a weapon against brain cancer.

A new study, led by Brain Mapping Foundation, has revealed that the electronic nose can detect odour differences in normal and cancerous brain cells, track stem cell migration and has the potential to be used for intraoperative imaging.

According to the scientists, the electronic nose, which is to be installed on the International Space Station in order to automatically monitor the station's air, could detect contaminants within a range of 1 to 10,000 parts per million.

In fact, the scientists have based their findings on a series of experiments, where they used the NASA's electronic nose to sniff brain cancer cells and cells in other organs.

The data demonstrates that the electronic nose can sense differences in odour from normal versus cancerous cells, and the experiments will help pave the way for sophisticated biochemical analysis and experimentation, they said.

"This pilot study lays the groundwork for future research that may help us to better understand cellular trafficking, contribute to designing better approaches for the detection and differentiation of brain cancer, and understand the pathophysiology of intracranial gliomas," the study's lead author Babak Kateb of the Brain Mapping Foundation said.

The findings of the study are to be published in an 'IBMISPS-NeuroImage' special issue in July and also presented at the 6th Annual World Congress for Brain Mapping & Image Guided Therapy at Harvard Medical School in August.
Comments