Read inOther Languages
This Article is From Aug 07, 2020 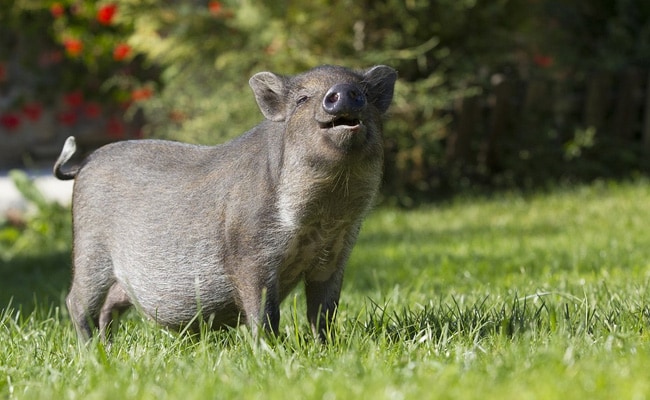 A naturist in Germany got much closer to nature than he bargained for after a wild boar ran off with his laptop bag. According to the BBC, there is a strong tradition of naturism in Germany, where it is common in the summers to strip in parks and other public places. The back-to-nature movement is known as Freikorperkultur - or "free body culture". One nudist, however, left fellow sunbathers in splits after he was filmed running after the laptop-stealing boar and her two piglets.

The incident took place on Wednesday in Berlin, reports The Local. Photos of the naked man chasing the boar were shared on Facebook by Adele Landauer, an actor and life coach. She said they were taken at Teufelssee, which is a popular bathing spot.

While sharing the hilarious pics on Facebook, where they have gone viral, Ms Landauer said that she had shown them to the nudist and had his permission to share them online.

"I then showed the photos to the man, he laughed soundly and authorised me to make them public," she said.

You can take a look at the photos here.

The post has gone viral with nearly 10,000 'shares' and hundreds of amused comments.

In the comments, Ms Landauer revealed how the chase finally ended. The man "made some noise, then the sow dropped the bag," she wrote in German.

This incident occurred shortly after a series of footwear robberies in a Berlin suburb, where the unlikely perpetrator was caught red-handed.