"We found that the logo was offensive in nature for women," said Rashmi Karandikar, DCP, Mumbai Cyber Crime Department. 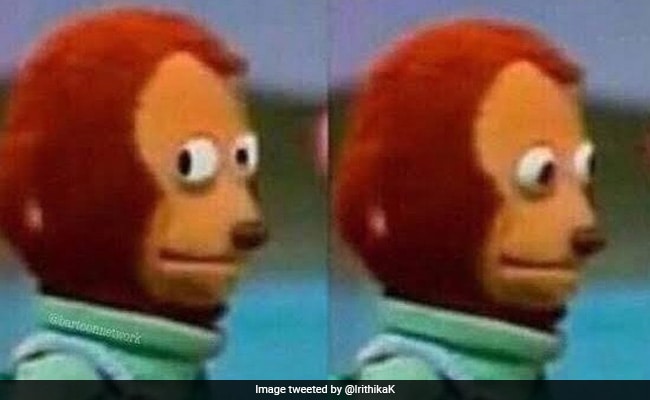 Myntra's logo change has inspired a meme fest on Twitter.

E-commerce platform Myntra has released a redesigned logo after a complaint was filed in Mumbai deeming it offensive to women. The complaint was lodged with the Mumbai Cyber Crime police by social worker Naaz Patel in December last year, reports Hindustan Times. Ms Patel, founder of NGO Avesta Foundation, demanded that the logo of Myntra be changed or appropriate action be taken against the e-commerce platform if they failed to make the change.

"We found that the logo was offensive in nature for women. Following the complaint, we sent an email to Myntra and their officials came and met us. The officials said they will change the logo in a month's time," Rashmi Karandikar, DCP, Mumbai Cyber Crime Department, told Jagran English on Saturday.

Myntra's new logo has been designed using the pink and orange hues of the original.

I've been working in marketing since last 6 years. Never once, I thought of the Myntra logo this way and now I can't unsee it.#MyntraLogo#Myntrapic.twitter.com/oFxU2fk3By

The Avesta Foundation welcomed the change on Twitter, writing that their founder managed to do "what apparently seemed impossible" and thanking Myntra for "addressing the concerns and respecting the sentiments of millions of women." However, the NGO remained one of the few Twitter accounts that welcomed the logo change - most other users found it "unnecessary" and "preposterous."

Congratulations to our founder. She did it what apparently seemed impossible. Thank you everyone for your support. We're overwhelmed by the response. Kudos to @myntra for addressing the concerns and respecting the sentiments of millions of women. ???? pic.twitter.com/Iwb4e3LoLq

Over the weekend, Twitter was flooded with comments and reactions from users critical of the change and the complaint that led to it.

"You honestly thought this was a worthwhile thing to spend your time and other resources on?" asked author Sandhya.

Another Twitter user called it a "Cheap trick to get attention in the name of feminism and women empowerment."

Everybody is talking about Myntra logo, meanwhile Gmail logo:#MyntraLogopic.twitter.com/bMGQC5KRma

In 1999 In 2021 Myntra
Japan changed Changed it's logo
it's flag#MyntraLogo#Myntrapic.twitter.com/tbZnwOAzbL

Me, looking at the old and new logo of Myntra : pic.twitter.com/zdcgH7IHE7

Spent the last 9 hours just looking at our logo.

How was your Sunday?