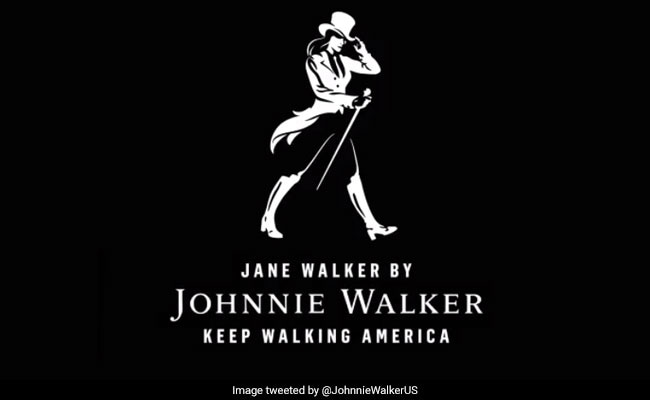 New Delhi: The iconic striding man pictured on a Johnnie Walker scotch bottle is taking a brief hiatus... for Jane.

Diageo, the world's largest spirits company, is launching a limited edition Johnnie Walker Black Label Scotch in America. Called Jane Walker, the bottle will not feature Johnnie but a striding, top-hatted woman named Jane instead, the company said on Monday.

Jane Walker will hit the shelves in March which is celebrated as Women's History month. It marks the first major change to the scotch brand's logo in over a century. The introduction of Jane Walker is part of the company's bid to attract more women drinkers and celebrate women. The announcement comes just a week before International Women's Day on March 8. The company also pledged $1 for every bottle of Jane Walker sold to organisations supporting women's causes.

"Introducing Jane Walker, our new icon that celebrates progress in Women's Rights. With every step, we all move forward," the company tweeted.

Introducing Jane Walker, our new icon that celebrates progress in Women's Rights. With every step, we all move forward. pic.twitter.com/1YP32odgJk

The spirit, however, remains the same. It's only the logo that changes, reported Forbes. Although the scotch isn't being branded as a spirit exclusively for women, a statement by the company Vice-President didn't go down too well on Twitter.

"Scotch as a category is seen as particularly intimidating by women," Vice-President Stephanie Jacoby told Bloomberg News in an interview. "It's a really exciting opportunity to invite women into the brand."

The above statement as well as the new logo itself evoked strong reactions on social media, even triggering memories of PepsiCo's "lady Doritos" for some.

Promoted
Listen to the latest songs, only on JioSaavn.com
As "Jane Walker" began trending on Twitter, many tweets criticised the liquor company for "patronising" women.

I wouldn't mind it if it were just a fun variation for a limited edition. But noooo, they had to go on about women being just terrified of scotch.

How much money do you think they paid a marketing consultant for this? https://t.co/dAgQravYSI

IMHO women are quite comfortable drinking any of the above two and Johnny walker, so this idea of Jane Walker seems to be superfluous and counter productive.

I am not sure Jane Walker has it right. Same liquid but because it has a picture of a girl on it, it will appeal to women? My experience is that women tend to have a better palette than guys. Is Diagio helping or patronizing? ?

Though many appreciated the message behind introducing a female logo, even if briefly, for the iconic brand.

Johnnie, Jane.......will still drink it regardless but it'll be cool to have this limited Jane Walker edition https://t.co/QMn2j2FUh1

Earlier this month, PepsiCo came under fire when Indra Nooyi, its female CEO, announced that the company is preparing to launch a "low crunch" line of chips for women. In an interview, Ms Nooyi said that women "don't like to crunch too loudly in public" and that PepsiCo subsidiary Frito-Lay was looking to launch a line of "female-friendly" chips. The company's decision was panned on Twitter for being "sexist" and "tone deaf".

(With inputs from Reuters)Click for more trending news