Man Woke Up After Something Fell On Him. It Was A 6-Foot Boa Constrictor

It was an escaped pet 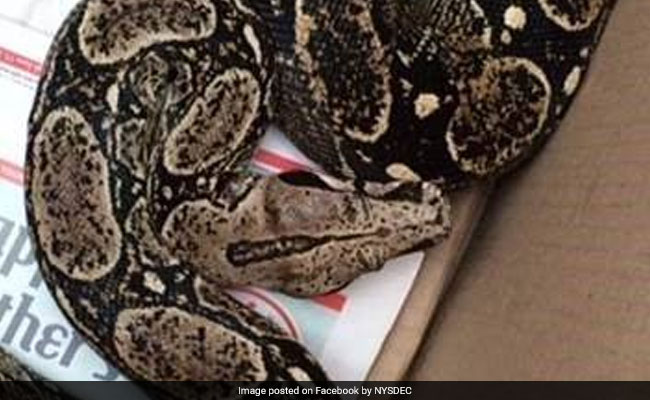 The boa snake had escaped from an apartment upstairs.

In a horror movie scene brought to life, a man in Pulaski, New York, was woken up rudely late last month: by a boa constrictor falling on him. The six-foot-long snake fell from the ceiling and onto the sleeping man on June 29. In a post shared yesterday, the NYS Department of Environmental Conservation wrote that Matt Foster, a department agent, responded to an unusual complaint. "The panicked caller reported that a large snake had fallen from the ceiling onto a subject sleeping in his bedroom," they wrote.

After investigation, Mr Foster determined that it was a six-foot-long Red-Tailed boa constrictor that had escaped from its enclosure from the apartment above. The snake, which is legal to possess in New York, was reunited with its owner.

The man, though shaken up, was fortunately not injured.

The word boa constrictor comes from the snake's preying habits - it strikes at the prey before constricting it till death. According to the Humane Society, 17 people have died from constrictor snake related incidents in the United States since 1978.