Man Says Intruder Broke Into His Home - And Cleaned It

"Not only did they not take anything (that I can find), but the purpose of the visit was to clean my bathrooms and bedrooms," he writes. 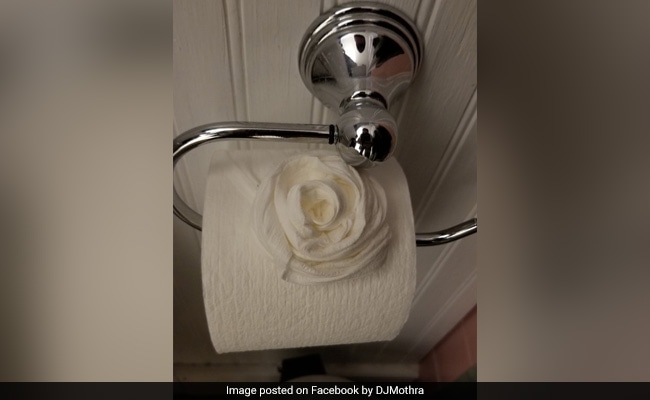 A picture of the paper rose that was left in Nate Roman's bathroom.

It's the break-in we all deserve, but only one man in Massachusetts, USA, was fortunate enough to actually receive. Nate Roman from Marlborough came home from work on May 15 to find his front door unlocked.

"My son said, 'Dad! The door is unlocked.' Which I have done once every blue moon and didn't think anything of it. But when we walked in immediately there was a vibe that something was wrong in the house," Nate tells CNN.

What he found next surprised him completely - his home had been cleaned and tidied up completely by some mysterious intruder.

Nate says he found his son's room, usually a wreck, to be in pristine condition. His own room had been similarly cleaned up. Nothing was amiss, and in the toilet, someone had crafted a rose out of toilet paper.

"Not only did they not take anything (that I can find), but the purpose of the visit was to clean my bathrooms and bedrooms. They made the beds, vacuumed the rugs, scrubbed the toilets and left tp roses," he writes in his viral Facebook post.

Nate immediately called the police, who arrived at the sparkling clean house to ensure that the intruder wasn't still inside.

"No crime happened, nothing was missing or damaged, so the police have very little to go on," Nate tells CNN.

He has since changed his locks - and kept the paper rose as a souvenir of the incident.