The iPhone 6 fell from a height of approximately 984 feet. 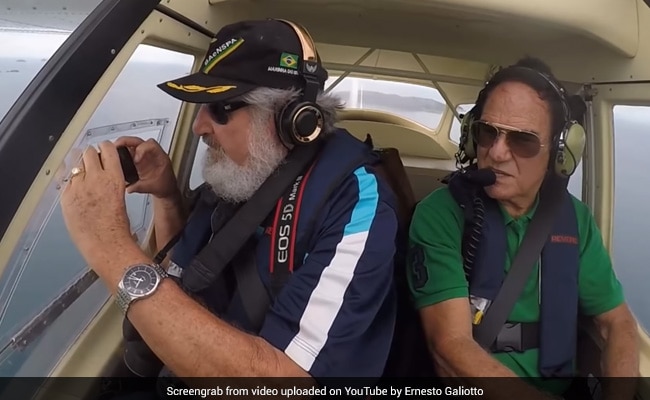 Ernesto Galiotto dropped his iPhone from an airplane while taking pictures.

Brazilian documentary filmmaker Ernesto Galiotto lived through what would be some people's worst nightmare - dropping their smartphone from an airplane. Incredibly enough, not only did Mr Galiotto's iPhone survive the fall, it even recorded a video of the entire thing.

The filmmaker and environmentalist was flying over a beach in Cabo Frio, Rio de Janeiro, on Friday when he put his iPhone 6S out of the small airplane's window to capture a few pictures, reports news website 9 to 5 Mac. Heavy winds made him drop his phone, and Mr Galiotto initially thought he had lost it forever.

A video he shared on YouTube shows the moment Mr Galiotto dropped his phone. The video was captured on a camera in the cabin of the single engine plane.

While the filmmaker first thought he had lost his phone for good, when he used GPS tracking to check its location, he found that it had landed near a beach. He headed to the location to recover his smartphone, and was surprised to see that it had survived the 300 metre (984 feet) drop.

Mr Galiotto found his iPhone 6 intact, with only minor damage to the screen protector and cover.

Even more surprisingly, the phone's in-built camera recorded the fall, which lasted 15 seconds.

"In 15 seconds, it [the device] hit the ground. It was about 200 meters from the water," Mr Galiotto was quoted as saying by G1. "It fell with the screen down and kept filming for an hour and a half. I think the sun recharged it, because when we arrived to recover the phone, it still had 16% charge on Saturday."

Anand Mahindra On Elon Musk vs Twitter: "Waste Of Time, Energy And Money"