"In all my years on the internet this is probably the coolest thing I've ever seen," said one person 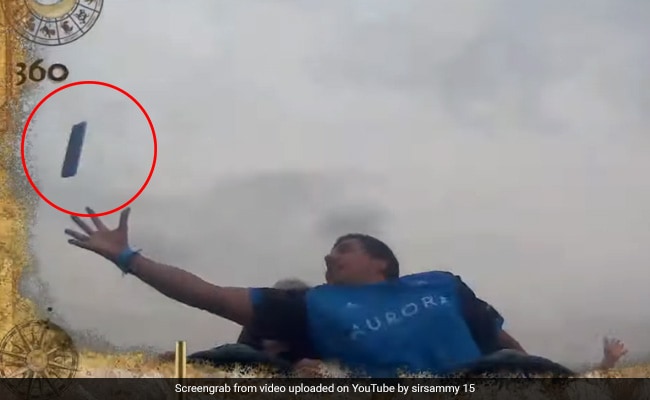 Samuel Kempf managed to catch a phone on a moving roller coaster.

It's one of those things you have to see to believe. Fortunately, it was captured on camera. A man from New Zealand has gone viral across the world for his lightning-quick reflexes. Samuel Kempf, of Timaru, was on a roller coaster in Spain when he managed to grab a stranger's flying phone while moving at over 130 km/hr. A video of the incident that he shared on YouTube on Wednesday has gone viral with over 4 million views.

According to Metro, Mr Kempf was in Spain for the Fistballing World Championships when he decided to visit Port Aventura theme park with family. It was during this outing that his sporting skills came handy.

In the video, Mr Kempf can be seen laughing seconds before the phone appears seemingly out of thin air.

"The guy two rows ahead of me, as the ride started doing its ascent before it drops, he had his phone out and he dropped it and it just landed at the bottom of his cart," Mr Kempf told Stuff New Zealand.

"The ride started and I totally forgot about it... and then after the first drop we rose up and I just saw the phone drift across my view so I reached out and managed to catch it."

The incredible clip shows him reaching out to grab the phone without missing a beat. Take a look at it below:

The video has collected thousands of amazed reactions.

"Nobody would have believed that if there wasn't a video of it," wrote one person in the comments section. "In all my years on the internet this is probably the coolest thing I've ever seen," said another.

And as for the man whose phone was saved - he was stunned too.

"He couldn't believe it, he gave me a big hug," said Mr Kempf.