The eatery not only houses a lion but also horses, rabbits, a crocodile, snakes and more 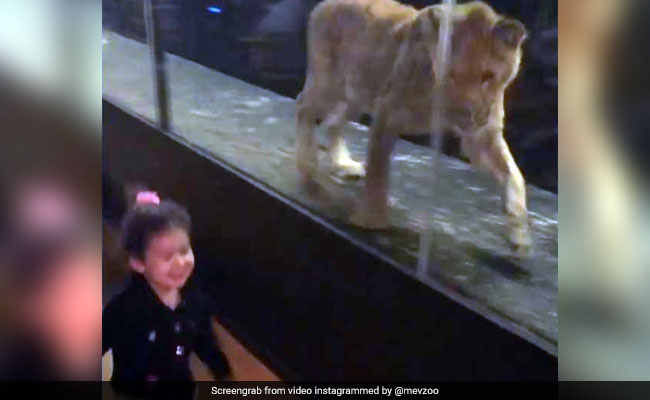 The Instagram page of the cafe shows several videos of the animals.

A cafe in Istanbul, Turkey has come under fire for keeping a lion inside a glass enclosure meters away from diners. A video circulating on social media shows a lion pacing inside the glass enclosure as a little girl runs around it. The video, and several others like it showing more animals at the cafe, has sparked outrage, prompting an online petition against the eatery. Officials have reportedly ordered the cafe to dismantle the glass enclosure.

The cafe, named Mevzoo, operates as an "animal rehabilitation centre", reports Independent. The eatery not only houses a lion but also a crocodile, snakes, horses, rabbits and birds.

The Instagram page of the establishment shows several videos of the animals.

One video also shows a small hole in the glass enclosure that can be used by diners to feed the lion, named Khaleesi.

The videos have created a huge stir on social media. "Please stop displaying these animals in this way. This is animal abuse and very cruel," says a Twitter user, not unlike several others.

"In the middle of Istanbul, the humiliation! Animal abuse in the "rehabilitation center" decorated Hookah Cafe, which is tried to be justified with scarce wisdom," veterinarian Oytun Okan Senel tweeted.

According to Independent, the cafe was visited by officials who allowed the owner to keep the animals since he had the necessary paperwork. The cafe houses a "zoo" underneath the cafe, which is registered with the Ministry of Forestry. That is where the animals are kept inside cages. Officials have, however, ordered the owner to dismantle the glass enclosure.

An online petition against the cafe has received over 5,000 supporters. An update on the page also states that the cafe has been sealed and the enclosure where the lion was kept has been closed.