This Car Can Transform Into An Airplane. Watch As It Takes Flight

"The latest generation of flying car developed by KleinVision company transforms from road vehicle into air vehicle in less than 3-minutes." 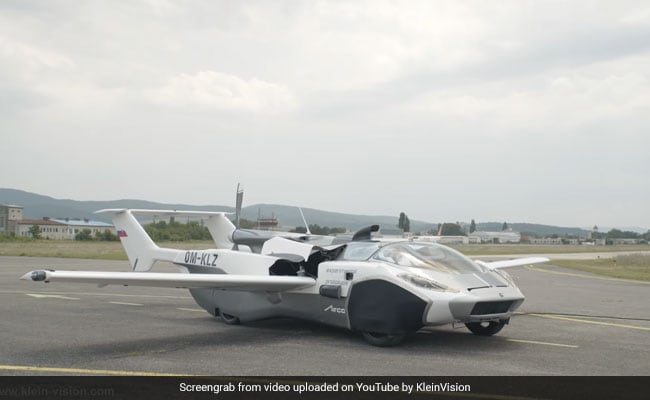 KleinVision's AirCar can transform into an aircraft in less than three minutes.

A company in Slovakia has been working hard for the last 30 years to develop a flying car. Now, Klein Vision has managed to turn their dream into reality with AirCar, reports Metro News. The research and development firm recently announced that its latest generation of flying car has successfully completed test flights.

The AirCar is capable of running on both land and air. It can transform itself from a car into an airplane in a feat that has created waves on the Internet. The AirCar weighs 1,100 kg and can carry an additional load of 200 kg.

"The latest generation of flying car developed by KleinVision company transforms from road vehicle into air vehicle in less than 3-minutes," KleinVision wrote on YouTube, sharing a video of their futuristic vehicle. The video shows the AirCar racing down a road before transforming into a plane and taking flight.

"WOW, need this ASAP!" said another.

According to Auto Evolution, the final AirCar prototype was introduced to the public in 2019.

Its test flights were conducted at Piestany Airport in Slovakia recently. It included two takeoffs and two landings, all four successful.

According to KleinVision - run by Professor Stefan Klein - the AirCar can take you from ground to sky with a takeoff set at 300m and reaching speeds up to 200 km/h.