"He told me I have a good voice, a good future," says Rakesh on his phone call with Shankar Mahadevan 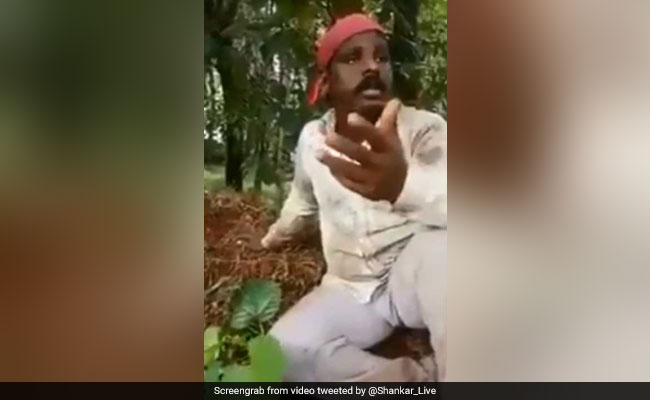 A video of Rakesh singing has impressed some of the biggest names in India's music industry.

A daily wage labourer from Kerala whose singing video went viral earlier this week, impressing Shankar Mahadevan among others, has now received a call from the hit singer and composer himself. According to The News Minute, Rakesh Unni received viral fame after a video of his melodious rendition of a hit Tamil song, Unai Kaanadhu Naan, from the movie Vishwaroopam, went viral on Friday. The Indian Express reports that Rakesh belongs to Kerala's Alappuzha district and got to know his video was going viral after his sister's husband in Kuwait called up to inform him.

"I cut rubber and carry it on my shoulders and load them onto a truck. That's my job," he tells TNM, adding that it was his friend Shameer who shot the video of him singing.

The video went viral online, receiving millions of views and thousands of comments praising Rakesh. It even caught the eye of singer Shankar Mahadevan, who sang the original and reposted Rakesh's video, asking if anyone knew who he was.

This is called fruit of labour!
When we hear this, it just makes me feel so so proud of our country that produces so much talent and is so rich in culture. Who is this guy???
How can I trace him?
Need help & would like to work with him. pic.twitter.com/SWqGQkmChb

TNM reports that Mr Mahadevan managed to get hold of Rakesh's number and called him.

"I consider it my biggest blessing. He told me I have a good voice, a good future. I said I just want to see him once. He said we will not just see, we will sing together," Rakesh said to TNM. He adds that he hasn't learned music before, though from the past few months he has begun training in classical music.

This isn't the first time that the Internet has helped achieve viral fame for a singer. Exactly one year ago, a man filmed singing at a railway station on his way to Haldwani went viral after his videos received thousands of 'likes' and comments.