'Spider-Man' Villain Hailed A Hero For Rescuing Dog From Traffic

"I love dogs," Jake Gyllenhaal has said in the past 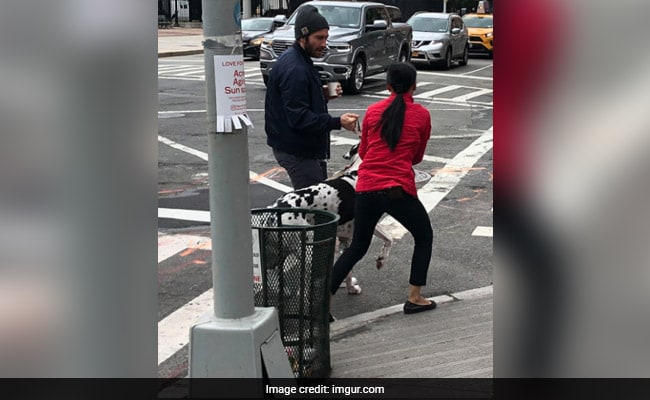 Jake Gyllenhaal rescued a dog from traffic in New York.

'Spider-Man' villain, Jake Gyllenhaal turned Good Samaritan when he rescued a dog from busy New York City traffic. While he was seen as the villain Mysterio in the film, Jake Gyllenhaal reportedly saved a runaway Dalmatian last week.

People magazine cited a witness account published in Page Six in which an onlooker saw Mr Gyllenhaal approaching the canine, who jumped out into the middle of a busy intersection in Tribeca after escaping from his owner.

The 38-year old saw the dog in danger when he was reportedly out for a morning walk with an unidentified woman.

He first signalled the Dalmatian to keep off the busy road and then walked out himself on the street to rescue the confused dog. He then took the pet back to his owner.

Jake Gyllenhaal's love for pets isn't hidden. He had earlier expressed inclination towards them in an interview with W Magazine last year.

The actor revealed that he "just loves them (dogs)" and that training his dog was one of his "proudest moments."

"I love dogs, I just love them. They are so playful. I think they bring that out in us if we allow it. I don't think I'm that playful, generally. I need to be reminded of it. So, they remind me of that," he said.

On the work front, he last starred in the superhero flick 'Spider-Man: Far From Home'' opposite Tom Holland. It hit big screens on July 5