Boy Calls 911 About Math Homework, Dispatcher Helps Him Out

The boy told the 911 dispatcher that he was bad at fractions. 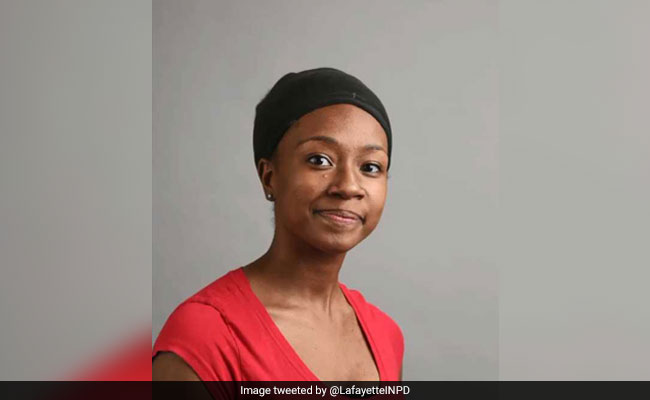 911 dispatcher Antonia Bundy helped a boy with his homework on fractions.

Antonia Bundy was on her regular shift at the 911 dispatch center when she answered a call and heard a small voice on the line.

Bundy, a dispatcher for the Lafayette Police Department in Indiana for about three years, responded that, yes, she could hear him.

The boy continued: "I had a really bad day."

Bundy is trained to calmly talk to callers during emergency situations such as fires, robberies and shootings so that she can send them help.

"What happened at school that made you have a bad day?" she asked, according to a recording of the call, as she tried to get exact information about the nature of his emergency.

"I just have tons of homework," answered the boy, who said he was in 5th grade.

"Oh, okay," Bundy responded. At that point, she realized there was no emergency.

The boy told her that he was bad at fractions.

Some dispatchers might have scolded him for calling 911 and disconnected the line. But it was an unusually slow time at the dispatch center when the call came in at about 3:30 p.m. on Jan. 14, and Bundy, 23, likes to help people. So she asked him: "Is there a problem you want me to help you with?"

The boy was having trouble with 3/4 + 1/4. Bundy patiently walked him through it.

Once he understood the answer, he told her: "I'm sorry for calling you, but I really needed help."

"That's okay, we're always here to help," she told him.

The boy abruptly hung up before she could tell him that next time he should ask a parent or teacher for help rather than call 911.

"He disconnected before we could get to that point," Bundy told The Washington Post.

The boy, whom police said they weren't able to identify, was lucky it was Bundy who happened to answer his call.

"I thoroughly enjoyed math all the way through high school," Bundy said "Fractions were always one of my favorite things in school."

The Lafayette Police Department posted the 911 call on Twitter last week, and the response has been huge.

Our dispatchers never know what the next call might be.They train for many emergency situations, homework help is not one they plan for. We don't recommend 911 for homework help but this dispatcher helped a young boy out and brightened his day.@PoliceOne@apbweb@wlfi@WTHRcompic.twitter.com/w3qCYfJP7O

"I never expected it to take off as much as it has," Bundy said. "It goes to show a small act of kindness goes a long way."