In Mumbai, The Joke Is On This Domestic Help's Employers. She's Hilarious 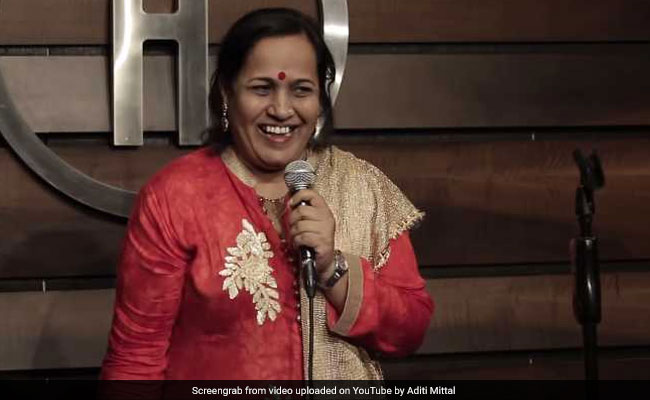 Deepika Mhatre cooked meals, washed dishes and bathed babies for years as a domestic worker in Mumbai, until she discovered her true talent - stand up comedy.

Aside from entertaining denizens of Mumbai's hip comedy scene, Mhatre has become a voice for India's largely-voiceless domestic workers, many of whom face discrimination daily.

"Our employers like our work, but not us," she told the Thomson Reuters Foundation.

"We keep their homes clean, but when we are in the same lift as them, they don't like it. We smell, they say. They like us to remain invisible."

Mhatre's unexpected path to comedy began when one of her employers - who was nice and "unlike other madams" - organised a talent show for domestic staff. Others danced and sang, but Mhatre told jokes about their jobs.

Her set was a surprise hit, and she said her employer and a reporter present at the event were so impressed that they introduced her to a friend - comedian Aditi Mittal, who helped her break into the scene in Mumbai.

Mhatre now performs in comedy clubs, drawing applause for stories of discrimination, from separate utensils for maids in most households to "servant's elevators" in posh buildings.

"They believe servants should not eat on the same plates as they do. So go ahead, hide your dishes. But you still eat food that I have cooked," she says in one of her routines.

There are an estimated 50 million domestic workers in India, most of them women, who are regularly exploited in the absence of legal protections, campaigners say.

The National Policy for Domestic Workers, which was updated this year and guarantees a fixed minimum wages and social security, has been pending government approval since 2011.

Mhatre's comedy club sets have gone viral on social media over the past week, including one in which she speaks of rich women haggling over a few rupees even as they spend blindly on products purchased at swank malls.

"The solution is a sticker. People have little empathy for a fellow human, but have a lot of respect for the price on a sticker," she says in the routine.

Mhatre, who is set to appear this week on a televised Indian talent show, has campaigners hopeful that her act will raise awareness about the need for legal protection of domestic workers.

"This will be a clear message to employers to treat domestic workers with dignity," said Christin Mary, national coordinator of the National Domestic Workers Movement.

Mhatre has quit her domestic jobs and she sells jewellery to support her three children and her husband, who is too ill to work. But she continues to introduce herself as a maid.

"I have become popular, but I don't make money from comedy," she said. "Life is difficult, but people are talking about me. My message is reaching everywhere."