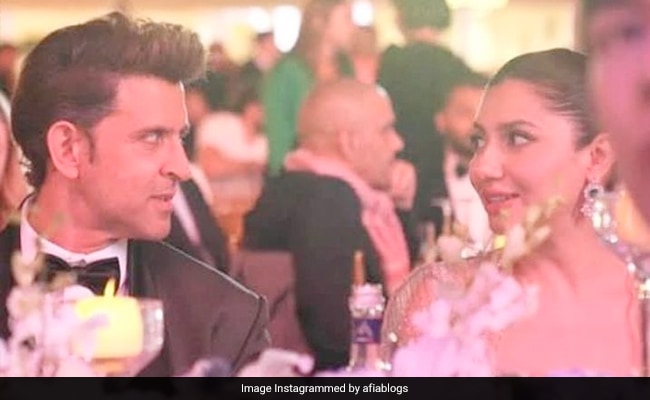 The two stars attended the closing ceremony of the Red Sea Film Festival.

Hrithik Roshan was spotted interacting with Pakistani actor Mahira Khan as they sat together at the Red Sea International Film Festival 2022 in Jeddah, Saudi Arabia. Several pictures and videos of the two smiling and chitchatting with each other have surfaced on social media.

The two stars attended the closing ceremony of the festival and sat next to each other near the stage. While Hritik wore a white shirt under a black jacket and matching pants, Mahira was seen in a sleeveless golden-coloured gown with a shimmery transparent cape over it.

In the video, the two superstars were seen indulging in candid conversations.

Soon after the videos and photos of Hritik and Mahira went viral, internet users flooded the comment section with all kinds of reactions. "Two superstars from across the border," wrote one user. "How good they r looking together. Like equal stature. Stars colliding type," said another.

A third user commented, "The way he's looking at her AAHHH I forgot to breathe #mahirakhan #HrithikRoshan." A fourth added, "Two superstars in one frame."

Hrithik Roshan also treated his Insta family to dashing pictures from his photoshoot session. In the images, he was seen sitting on a stool posing for the camera.