How An iPhone Saved A Man From Bow And Arrow Attack

"It's alleged the man fired the arrow at the resident which pierced through the man's mobile phone causing the phone to hit him in the chin," said the police 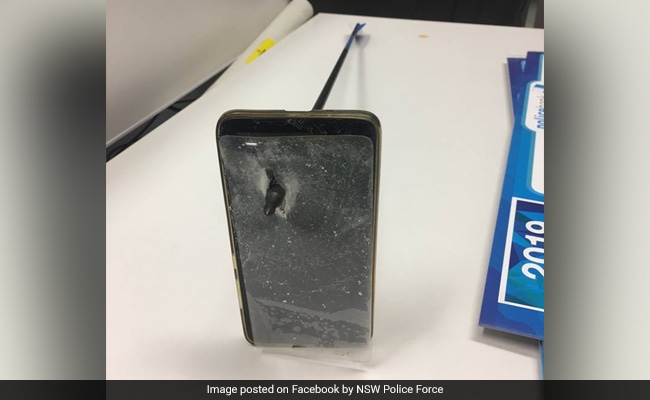 A photograph of the pierced iPhone, shared by NSW Police.

In a stroke of good luck, an Australian man who had an arrow fired at him managed to block the shot with his mobile phone. The incident took place in the city of Nimbin in New South Wales, Australia. NSW Police confirmed in a statement that the 43-year-old man who came under attack managed to emerge with only a small laceration on his chin, thanks to his iPhone acting like an unlikely shield.

The incident began at 9am on Wednesday morning when the attacker confronted the man outside his house. When the unnamed man raised his iPhone to photograph the attacker, he fired an arrow at him that pierced right through the device.

"It's alleged the man fired the arrow at the resident which pierced through the man's mobile phone causing the phone to hit him in the chin. It left a small laceration that didn't require medical treatment," said the police in its statement, sharing two pictures of the damaged iPhone.

The armed man, 39, was later arrested at the scene and taken to the Nimbin Police Station, where he was charged with armed with intent to commit an indictable offence, assault occasioning actual bodily harm and malicious damage.

He is due to appear in court in April.