Hoverboard Explodes In Flames In China Home, Kids Forced To Run To Safety

The hoverboard began spewing smoke while one of the kids was on it. Both children were reportedly unhurt in the incident 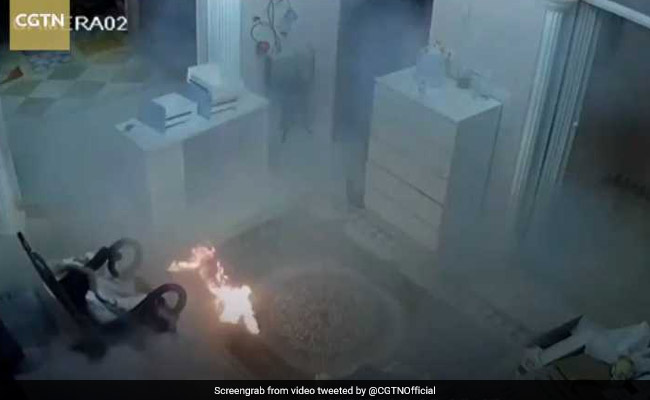 The hoverboard burst into an explosion and huge flames erupted from it.

Two children narrowly escaped being severely hurt when a hoverboard suddenly exploded while one of them was riding on it at home in China. A video circulating online shows the kids running away from the explosion for dear life and it makes for quite a scary watch.

According to CGTN, the incident took place in Hefei, China's Anhui Province on August 16. The video, shared on Twitter, shows a boy riding the hoverboard in his living room while a little girl is seen sitting on a chair close by. Seconds into the video, the hoverboard suddenly starts spewing smoke. While the girl remains on the chair, the boy manages to step off the hoverboard and runs away from it. That's when it bursts into an explosion. Huge flames can be seen erupting from it. Only once the flames go down, the girl gets down from the chair and runs away as well.

A caption on the video says that both children were unhurt in the incident. Watch the terrifying video below:

Earlier this month, a video captured the moment an electric scooter, put on charging, exploded in a house. The clip showed a man, his daughter and their pet dog's narrow escape from the explosion.