A man in Hong Kong had to pay (literally) for the mischief of his son at a shopping mall. 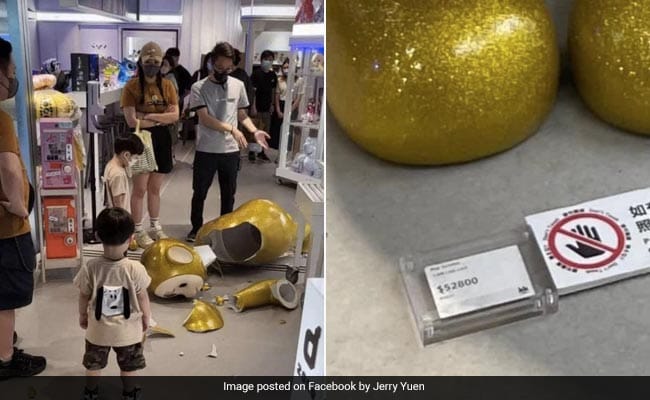 Man pays 3.30 lakh in compensation of a doll

A man in Hong Kong had to pay (literally) for the mischief of his son at a shopping mall.

The video of the incident is going viral on social media. It shows a golden-coloured, 1.8-metre-tall Teletubbies doll lying on the floor of a Mong Kok designer toy store in the mall in pieces.

Mr Cheng said that he went to KK Plus, a store in Langham Place Mall, with his wife and two sons on Sunday evening.

According to the Hong Kong Free Press, Mr Cheng claimed that he stepped out for a few minutes to take a phone call when he heard a loud bang behind him. His son was staring at a 1.8-metre gold Teletubbies toy that had fallen down, its head severed and an arm shattered off.

"My son was motionless. He was staring down, looking at the toy," Cheng told Commercial Radio.

Mr Cheng got to know by a staff personnel from the store that the toy has been broken by his elder son. He agreed to pay for the doll, believing it was his son's fault. However, the retailer informed him that he would be charged with only the cost price of $33,600.

Mr Cheng later realised that his son had been wrongfully charged after watching the video online later that night. His wife called KKPlus, he added.

Social media users were furious and accused KKPlus of scamming the father. They questioned why the toy was not cordoned off to prevent people come coming close to it.

KKPlus issued a statement online saying that the toy had been in the same spot since November last year and no customer ever complained of any inconvenience. It added that the company would "learn from this experience to prevent similar incidents from happening again". The statement was, however, deleted.