Randeep Hooda urged his followers to support the man. 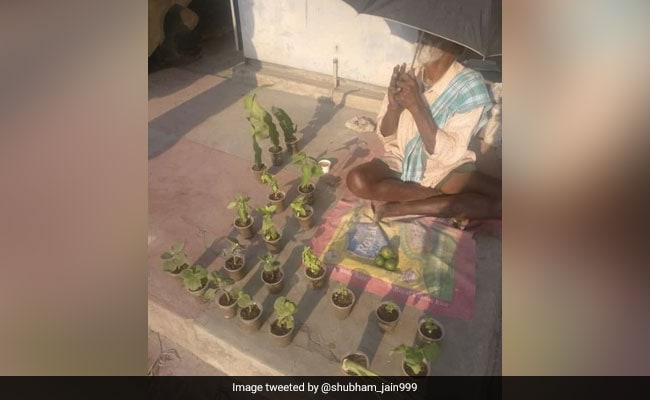 Twitter users came together to help an elderly man selling saplings in Bengaluru after a tweet urging people to buy his plants went viral. On Monday, Twitter user '@shubham_jain999' shared a post about Revana Siddappa, who sits on the roadside and sells plants in the Karnataka capital.

"Meet Revana Siddappa, an old man, who sells plants at Kanakapura road near Sarakki Signal, Karnataka. Price of these plants are from Rs 10-30," he wrote while sharing two pictures of the elderly man which show him holding an umbrella over his head to shield himself from the sun. He further asked his followers to support the man.

The tweet garnered thousands of 'likes' and caught the eye of actor Randeep Hooda, who asked for the exact address.

Mr Hooda then urged his Twitter followers to support the elderly man. "Hey Bangalore .. do show some love," he wrote, sharing the exact address where Mr Siddappa can be found.

The appeals for help and the photographs touched many. Several people promised to visit the roadside shop and buy plants. Soon after, Changemakers of Kanakapura Road - a federation of NGOs and Resident Welfare Associations - reached the spot to provide Mr Siddappa with a canopy and more plants to sell.

They also helped him with a sign advertising his plants and provided him with a table and chair in a gesture that was widely applauded on the microblogging platform.

Now we have provided table and chairs too! pic.twitter.com/TcGYHLHblt

"Social media doing a wonderful job. It may generate more employment than government of India if same thing continues for few years," wrote one Twitter user.

"This is amazing. Thank you, Karnataka," said another.