He Went Into Sea To Collect Shells, Got Stuck In High Tide. Watch Rescue 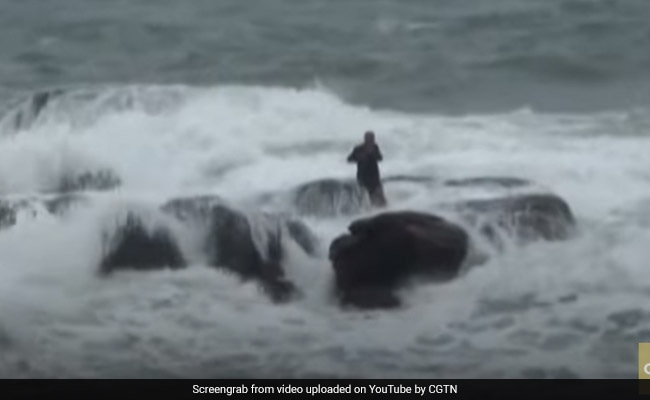 Startling footage from China shows a man stuck on a reef during high tide. The man reportedly went to the reef to collect shells but found himself stranded far away from the shore as the high tide occurred.

In a video shared by China's CGTN, the man is seen standing on a ridge of rocks in the middle of the sea as waves violently hit the reef. A group of men, reportedly including firefighters, are seen trying to swim through the rough waters to get to the stranded man. Three men wearing life vests manage to reach the man who is now seen squatting on the rocks to avoid being swept away by the waves. The man is made to wear a life vest and somehow through the high tide, the group manages to return to the shore with the man.

The incident is reported to have taken place on Sunday in east China's Fujian Province.

The visuals of the man stuck on the reef are a reminder of a similar situation in China earlier this year when a woman had to cling to a tree to survive a flood. The woman's two-wheeler was reportedly swept away by the raging water. An excavator eventually reached the spot and rescued the woman.Click for more trending news