India is celebrating its 72nd Independence Day this August 15. Here are seven quotes you can share with friends and family 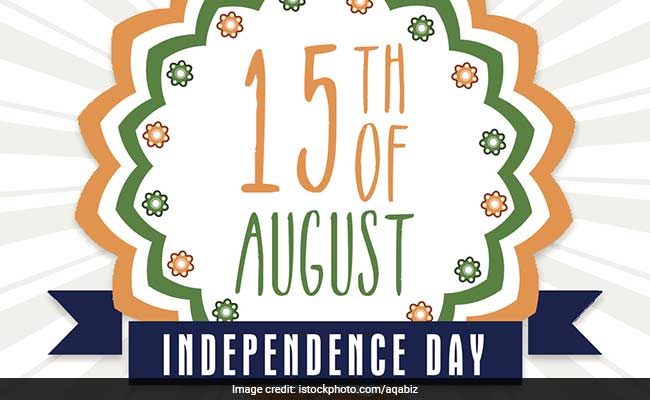 Happy Independence Day 2018: Indians celebrate this momentous day in their own unique ways.

India is celebrating its 72nd Independence Day this August 15. India won its freedom from the British rule on this day in 1947. India's freedom struggle was long and hard-fought, and this day is a reminder of the sacrifices made by the freedom fighters who fought bravely for nationhood and independence. It is also a day to pledge our love for our country and promise to protect its unity and integrity. Independence Day is a national holiday and Indians celebrate this momentous day in their own unique ways. While many watch the Prime Minister greet the nation from the ramparts of the Red Fort in New Delhi, many others hoist the Indian National Flag. People also celebrate Independence Day by flying kites and singing patriotic songs.

Here are seven quotes you can share with friends and family this Independence Day:

"Long years ago, we made a tryst with destiny and now the time comes when we shall redeem our pledge... At the stroke of the midnight hour, when the world sleeps, India will awake to life and freedom." - Jawaharlal Nehru on August 14, 1947

"Peace begins with a smile." - Attributed to Mother Teresa

"We must think and act like a nation of a billion people, and not like that of a million people. Dream, dream, dream! Conduct these dreams into thought, and then transform them into action." - APJ Abdul Kalam in 1998

"Arise! Awake! And stop not until the goal is reached." - Attributed to Swami Vivekananda

"Where the mind is led forward by thee into ever-widening thought and action-Into that heaven of freedom, my father, let my country awake." - Rabindranath Tagore in his poem Where The Mind Is Without Fear

"Swaraj is my birthright and I shall have it." - Made famous by Bal Gangadhar Tilak, believed to have been coined by Joseph Baptista who was Lokmanya Tilak's legal advisor and his associate in the Home Rule Movement.

"Bombs and pistols do not make a revolution. The sword of revolution is sharpened on the whetting-stone of ideas." - Attributed to Bhagat Singh