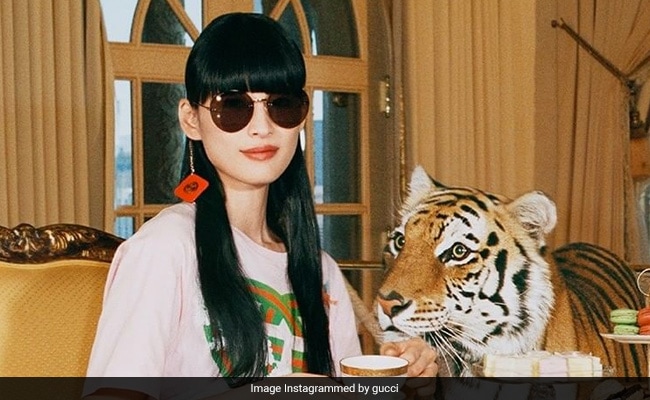 Gucci's use of real tigers in a campaign has been criticised by many.

Luxury fashion house Gucci is facing backlash for using real tigers in an advertising campaign. Earlier this month, the Italian designer launched the Gucci Tiger collection to celebrate the Chinese Year of the Tiger, which starts on February 1. Customers and animal rights activists, however, expressed dismay at the use of real tigers for the photoshoot. Gucci's disclaimer about no animals being harmed during the shoot did little to pacify the outrage.

The Gucci ad campaign shows tigers lounging on rugs and perched on pianos. In their Instagram caption, Gucci said that the American Humane society "monitored the set on which animals were present and verified that no animals were harmed."

"This sort of ad campaign sends the worst possible message; which is that tigers are disposable products to be used for capitalism and discarded at will," she told Yahoo News. "It diminished the magnificence of the tiger and makes Gucci look bad.

Several other animal welfare organisations have slammed Gucci. The People for the Ethical Treatment of Animals (PETA) urged their followers to "tell them to STOP using wild animals in their ads!"

Meanwhile, in a tweet shared Tuesday, World Animal Protection US wrote: "Gucci is sending the wrong message by promoting tigers as pets and luxury items when they are wild animals who belong in the wild."

Gucci said that "the tigers were photographed and filmed in a separate safe environment complying to Gucci's policies and then featured within the campaign."

The use of wild animals in photoshoots has long been a contentious issue. Last year, a Dubai couple's decision to use a tiger in a gender reveal stunt has sparked similar outrage on social media.