The driver was pulled out from the burning vehicle 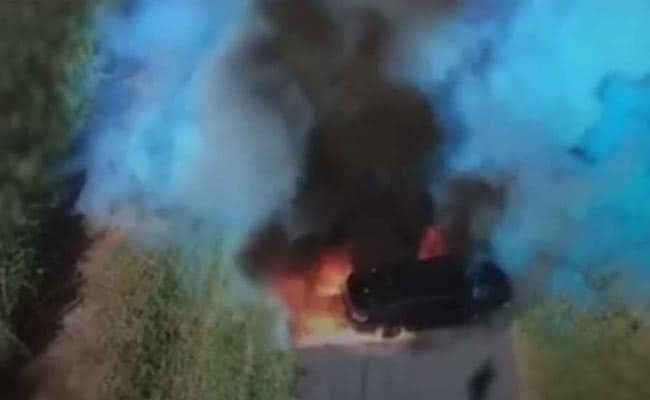 A car burst into flames during a gender reveal stunt.

Gender reveal parties are a relatively recent trend. Elaborate stunts to reveal the gender of an expecting couple's baby have become more and more popular - but they are not always safe. Case in point, this incident in Norwell, Australia where a gender reveal stunt went terribly wrong as a car burst into flames in the middle of a burnout.

According to 7 News, Queensland Police released drone footage of the gender reveal gone wrong to warn others against attempting such stunts. The video shows a man's car bursting into flames on the Gold Coast while he was performing a burnout to announce the gender of a friend's baby. Blue smoke - to signify the birth of a baby boy - was seen billowing from the car just before it caught fire.

New York Post reports that the driver, identified as 30-year-old Samuel Montesalvo, was pulled out from the burning vehicle, while a bystander jumped back into the car to move it away from the road.

The incident took place in April last year, but police released the footage on Tuesday this week to warn others against trying similar stunts.

The driver was fined $1,000 and had his license suspended for six months.

This is not the first time that a gender reveal has gone horribly wrong. It was gender reveal party that sparked a massive wildfire in the US in 2017 that scorched nearly 47,000 acres in Green Valley, Arizona, and took a week to be extinguished.