Homeless In Delhi To Forbes Under 30: Photographer's Post Is Viral 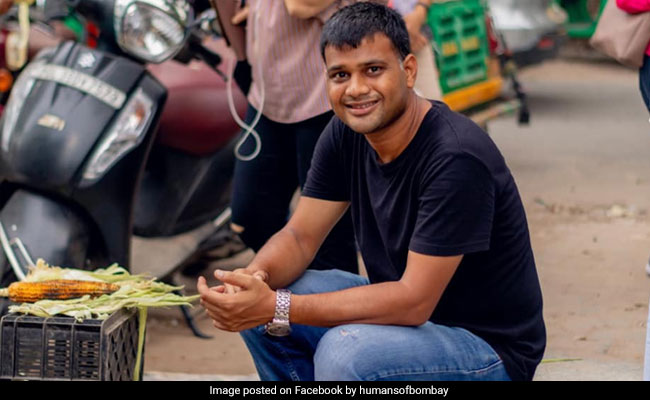 A photographer's inspiring journey from living on the streets to being featured in the Forbes Asia '30 under 30' list has gone viral on Facebook. Vicky Roy shared his story on the popular Facebook page 'Humans Of Bombay', where it has struck a chord with thousands.

In his post, Mr Roy spoke about how he ran away from home at the age of 11 and arrived in Delhi in hopes of a better life. "But when I came here, I had to rag pick, sell water in trains and sleep in open grounds -- so that I wouldn't starve to death," he said.

He added that he worked as a dishwasher at a dhaba and survived by eating other people's leftovers.

This continued until a doctor put him in touch with an NGO called Salaam Balak that helps rehabilitate abandoned kids. "There life got better. I'd get 3 meals a day, clothes to wear and a roof over my head," says Mr Roy. "They even put me in school."

It was around this time that a British photographer visited them and Mr Roy was completely taken in by his work.

"I was so fascinated by his work. Living on the streets showed me shades of humanity that I'd never seen before, and I wanted to show it in photos just like he did," he says.

So, at the age of 18, the NGO gave him a camera worth Rs 499 and helped him get an internship with a local photographer. After that, there was no turning back.

According to Mr Roy, the photographer helped him curate his first solo exhibition titled "Street Dreams", which put him on the map. "People started buying my photos, and I got to travel the world! I was invited to New York, London, South Africa, and even San Francisco!" he says.

"I'd never even imagined that I'd be able to change my destiny, to this extent."

According to his website, Mr Roy was awarded the MIT Media Fellowship in 2014 and was a part of the Forbes Asia 30 under 30 list in 2016.

Since being shared online this morning, the post has collected over 12,000 'likes' and hundreds of comments.

"This is amazing! As they say there's always sunshine after rain," wrote one person in the comments section. "Congratulations! Well deserved and inspiring," said another. A third wrote: Such powerful story and this depicts the power of hope. Feeling so so so good for him."

What do you think of the story? Let us know using the comments section.