The billboards spell out the message, "Greatest Momma Of All Time". Ain't that adorable? 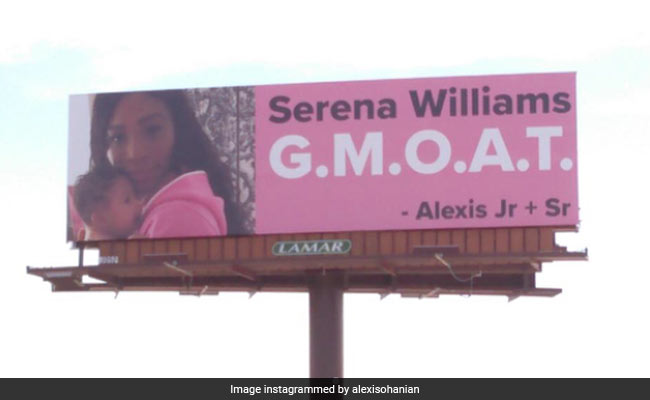 Los Angeles, United States: Serena Williams' husband Alexis Ohanian has splashed out on four giant billboards to mark the tennis superstar's return to tournament play in California next week. In an Instagram post, Mr Ohanian revealed he had designed and paid for the ads himself - with a little help from their daughter Alexis Olympia Ohanian, Jr. The pictures on Instagram, posted less than 15 hours before writing this, have already been 'liked' over 50,000 times.

The Reddit co-founder, borrowing a tactic at the centre of Oscar-nominated movie Three Billboards Outside Ebbing, Missouri, delighted Ms Williams after the giant adverts appeared on the motorway heading to the desert city of Indian Wells.

The first three billboards, which also feature images of the couple's baby daughter Alexis Jr, spell out the message, "Greatest Momma Of All Time". Ain't that adorable?

"These just went up alongside I-10 into Palm Springs," Mr Ohanian wrote on Instagram. "I wanted to welcome her back to tennis. Designed them myself with some help from Jr," he added.

See the billboards for yourself below:

Ms Williams was bowled over by the grand gesture. "Literally am crying," she wrote in a comment on Mr Ohanian's Instagram post. "This is so sweet. I love you." 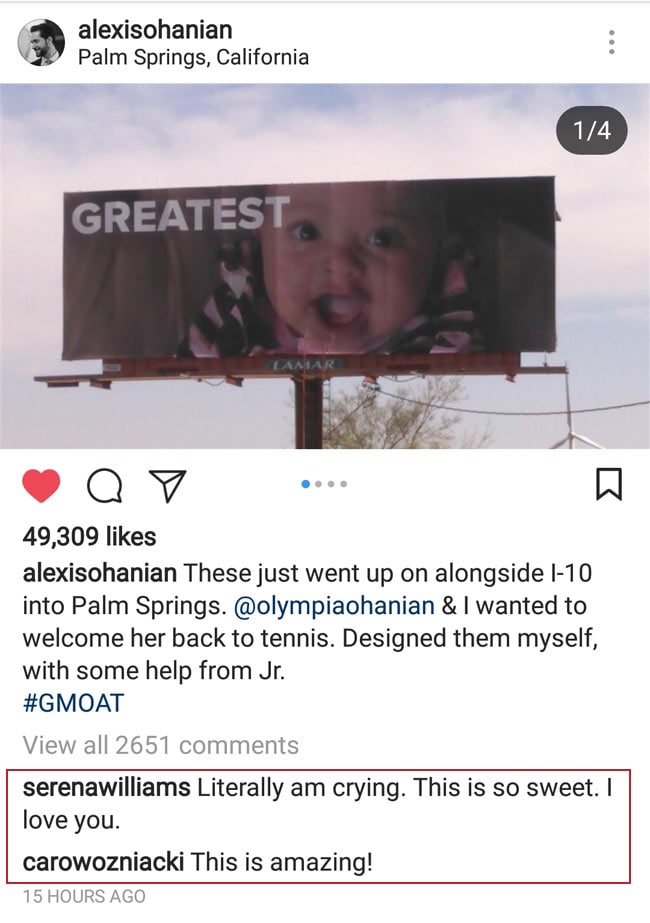 Ms Williams, 36, has not played a full WTA tournament since missing most of 2017 due to the birth of her daughter.

Promoted
Listen to the latest songs, only on JioSaavn.com
The 23-time Grand Slam champion played in a Fed Cup game for the United States earlier this month. Mr Ohanian was on "dad duty" then: as the tennis star played her match on court, her five-month-old daughter cheered her on from the stands, in Mr Ohanian's arms. 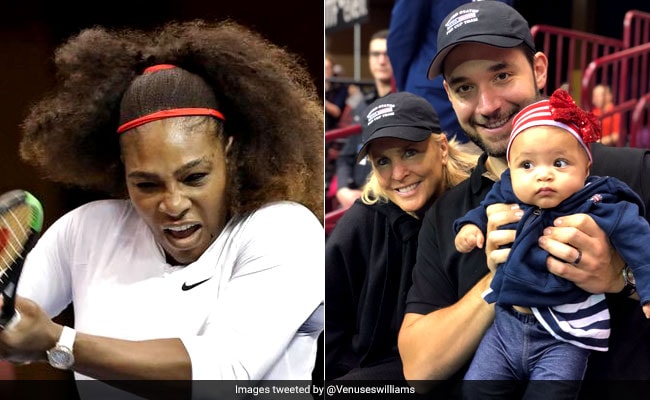 Ms Williams will return at next week's BNP Paribas Open at Indian Wells.