'Fancy Winnie The Pooh' Memes Are Here To Brighten Your Day 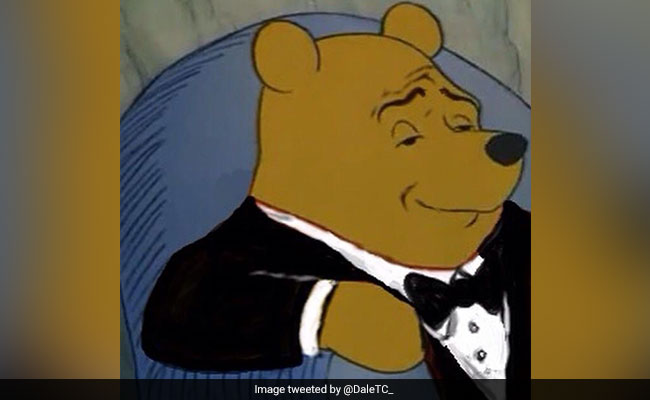 The 'fancy Winnie the Pooh' meme has gone viral online.

Beloved children's icon Winnie the Pooh has seen many avatars since he was first introduced to the world in 1926. But a new meme shows him in a way you've probably never seen before. "Fancy Winnie the Pooh" wears a tuxedo and makes everything seem more posh. He's the kind of bear who says "pardon me?" instead of "sorry". He has perfect pronunciation and judges you with his superior eye. This fancy Pooh comparison meme is then the perfect way to laugh out loud this Tuesday!

Here are some of the best fancy Winnie the Pooh memes that will definitely brighten up your day. Take a look:

Pooh takes a stand on the old CBSE vs ICSE debate

Pooh memes are trending so I thought I should make one also#Pooh#poohmemespic.twitter.com/GDEjJLeXtR

Man I love these Fancy winnie the pooh memes ???? pic.twitter.com/39FxnaKgdL

For fancy Pooh, even pizza descriptions are Masterchef-worthy

And he knows the proper pronunciation of tomato

In fact, fancy Winnie the Pooh has evolved to become even fancier with an eyeglass

the new Winnie the Pooh meme is giving me life pic.twitter.com/ycdYml4Ezw

Posh as he is, he appreciates quality

Though it is not clear who first put the tuxedo on Pooh, it has given us a lot of hilarious memes. Which one did you like best? Let us know using the comments section below.