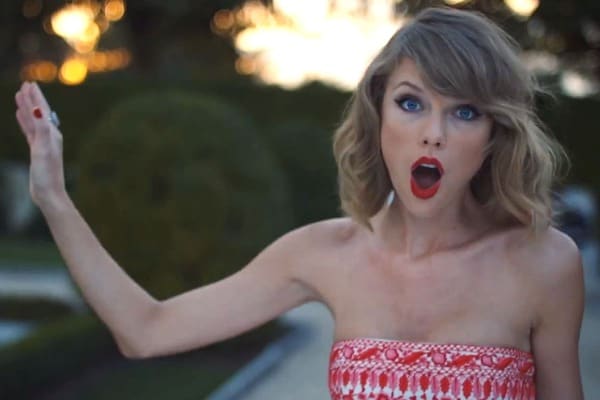 Promoted
Listen to the latest songs, only on JioSaavn.com
To be fair, they were trying to make the point that pop songs are where grammar goes to die and also cited other pop singers such as Katy Perry, Justin Timberlake, Lady Gaga and Kesha.

The fiercely loyal Tay Tay fans were not likely to let this go by and Tumblr user Nava who was apparently having ' an amazing time studying for SAT' when she spotted this, posted a snapshot with the caption, " .... it isn't a pop song it's a country pop song so take that Princeton review Taylor is grammar queen so shhhhhh.." 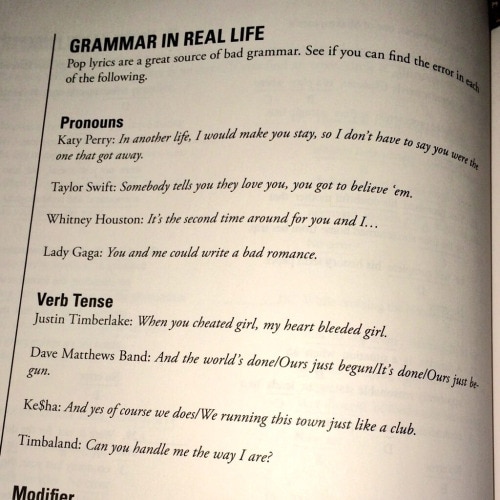 Ooops. In a world where every third grown up and marginally grown up is a T-Swift fan, THIS misquote is probably a sin.

The newly fan-appointed queen of grammar also jumped into the picture and ticked Princeton Review off for misquoting her lyrics. "Not the right lyrics at all pssshhhh. You had one job, test people. One job", wrote Swift, angry hashtagging it with #AccuseMeOfAnythingButDoNotAttackMyGrammar. 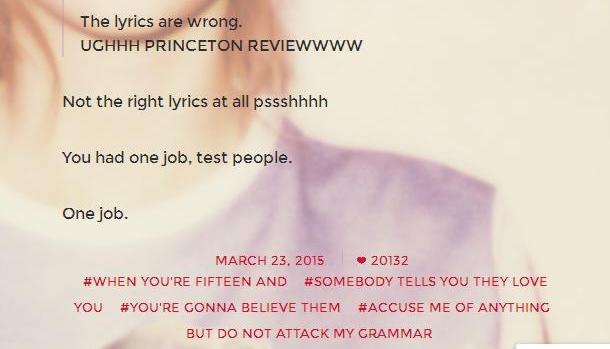 Princeton has since then tweeted an apology for misquoting the lyrics, but according to MTV News still maintains that the grammar was in fact incorrect.

Sorry @taylorswift13! We'll make it up to you. Pick a #grammar lover fan. 2 tickets to a U.S. show on us! @peoplepic.twitter.com/xG9ABdsFuO