The funniest thing you will see today 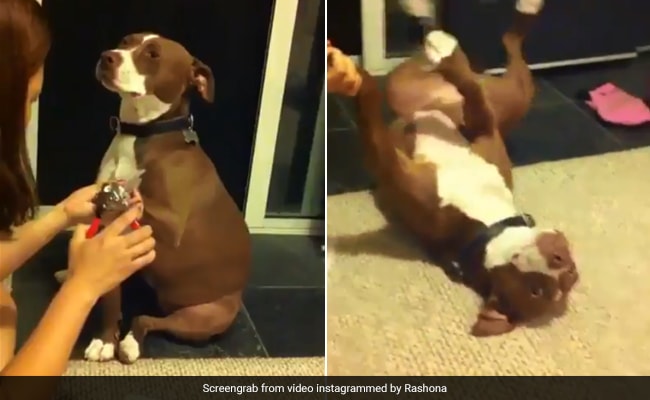 A viral video of a pitbull pretending to faint has amused millions.

And the award for the best actor goes to... this dog who pretended to faint when his owner tried to clip his nails. A video that has gone massively viral online shows a dramatic pitbull pulling a hilarious stunt when his owner brought out the nail clippers.

The video shows the dog ignoring his owner until she takes his paw and gets ready to clip his nails. The dog, at his dramatic best, then falls backwards in slow motion, eyes wide open and legs up (don't miss his sly side-eye at the end of the performance).

Take a look at the hilarious video below:

The Academy Award for best dramatic performance goes to… pic.twitter.com/ErlQc2JcpQ

Along with almost 6 million views, the video has also collected thousands of amused comments from viewers impressed by the Oscar-worthy performance.

That is the cutest thing I have seen in a long time..thanks for sharing.

— All Around The World For The Funk (@KatherineEliza) September 6, 2019

I had a greyhound who faked a limp on one leg forgot and switched to the other leg.

Our beagle has to be restrained and howls like he's been shot before we even touch him. ???? pic.twitter.com/kSeazmYjC5