"Don't Get In The Way": The Kalaripayattu Performance That Impressed Anand Mahindra

"Kalaripayattu needs to be given a significantly greater share of the limelight in our sporting priorities," wrote Anand Mahindra. 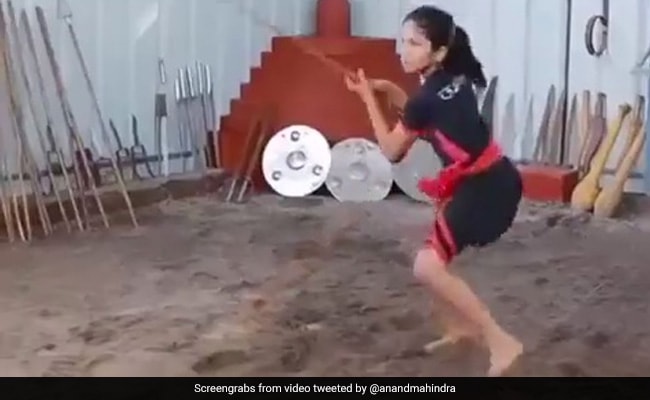 Industrialist Anand Mahindra is known for sharing inspiring and interesting posts on Twitter - and his latest is no different. On Thursday, the chairman of Mahindra Group shared a video of a nine-year-old practicing Kalaripayattu, an ancient martial art form that originated in modern-day Kerala. Kalaripayattu, also known as Kalari, uses sticks, swords, shields and daggers and is believed to be the oldest surviving martial art in India. Designed for the ancient battlefield, this martial art system places great importance on weapon-based techniques.

In Anand Mahindra's video, the child is seen handling a long stick with practiced ease as he performs Kalaripayattu. Some in the comments section identified him as Neelakandan Nair, a student of Kerala's Ekaveera Kalaripayattu Academy.

"WARNING: Do NOT get in this young woman's way!" Anand Mahindra wrote while sharing the video, misidentifying the gender. He also said that Kalaripayattu deserved more attention in the sporting sphere, adding that the martial art could gain global attention.

"Kalaripayattu needs to be given a significantly greater share of the limelight in our sporting priorities. This can-and will- catch the world's attention," he said.

WARNING: Do NOT get in this young woman's way! And Kalaripayattu needs to be given a significantly greater share of the limelight in our sporting priorities. This can—and will— catch the world's attention. pic.twitter.com/OJmJqxKhdN

The video has been viewed over 1.6 lakh times on the microblogging platform, with hundreds of people praising the performance.

"Absolutely. Kalari should be promoted on a global lever," agreed another Twitter user.

Absolutely!#Kalari should be promoted on a global level... I had seen @IshaSamskriti students perform #Kalaripayattu with various weapons and it just blew my mind. This art must catch the global eye😃

"Amazed at this agility and strength," said another.

"He is a boy and his name is Neelakandan Nair from Kerala," a Twitter user pointed out.

He is a boy and his name is Neelakandan nair from Kerala. I wish you get the info right.