"Great view from the top," writes one person while reviewing the Ghazipur garbage dump 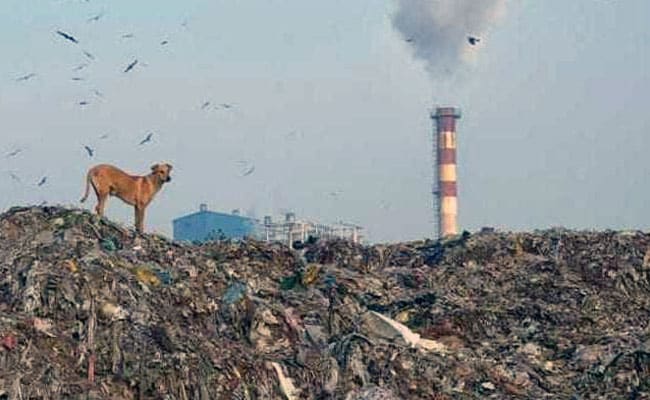 People are reviewing the Ghazipur garbage dump in Delhi.

The Ghazipur garbage dump in East Delhi today holds the unfortunate distinction of being almost as tall as the Qutub Minar. The huge 'mountain of garbage' at the saturated Ghazipur landfill site still receives tonnes of garbage every day - but Delhi residents have found a unique way of letting their frustration be known. For about a year now, people have been flooding the Internet with five-star reviews for the Ghazipur garbage dump.

By sarcastically comparing the massive mess to the Himalayas and calling it the "most beautiful" place in Delhi, residents of the city have turned to humour to deal with the problem.

The fact was first pointed out on Twitter by Siddharth Singh, author of The Great Smog of India.

People have been rating the Ghazipur garbage dump of Delhi. It has mixed reviews with a rating of 2.9 out of 5. pic.twitter.com/GXSzQ3oVSt

The garbage mountain has an average rating of 3.2 on Google right now. While most reviews are sarcastic, there are also some one and two-star reviews from people shocked at the dump site and the lack of waste management.

"I no more go to Himalayas. SAVED MY TIME AND MONEY!! This mountain is the best place to see sunrise with your loved ones," writes one person.

Another calls it the 8th wonder of the world.

While a third praises the view from the top.

Overall, the dump has received 99 reviews on Google.

The Ghazipur landfill came up in 1984 and is the oldest of three sites where Delhi's garbage is dumped. This site caters to the waste generated in east Delhi, central Delhi and the old quarters of the city.