Crawling On Ground: The New Trend Among Chinese College Students

The trend shows students walking using all their limbs, also called quadrupedal movement, which makes them appear walking like animals. 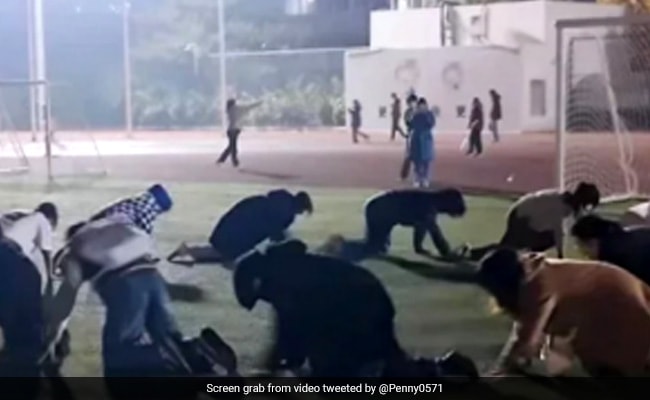 The trend is helping the students stay fit amid the growing number of Covid-19 cases in China.

Walking on all fours is a unique type of exercise that is causing people in China to rethink the theory of human evolution. The new trend started when university students in Beijing were seen crawling around in circles in a playground last week, according to a report in the South China Morning Post (SCMP).

The trend which spread through social media shows students walking using all their limbs, also called quadrupedal movement, which makes them appear walking like animals. The increasing interest in the activity is tapping into a profoundly primitive mode of human movement and the return to a time before we stood upright which was not only enjoyable but also healthy, the news outlet further said.

According to SCMP, on China's Instagram-like platform Xiaohongshu, a hashtag called #Xiaohongshu Crawling Competition has received over 3.8 million views so far. The current fad follows a recent craze on college campuses wherein students created cardboard-recycled handcraft animal companions to relieve the boredom and isolation of lockdowns. The trend is also helping the students stay fit and healthy amid the growing number of Covid-19 cases in the country.

As per the outlet, one user wrote in their post, "Encouraged by all my internet friends, I had a try today and crawled for seven minutes. My cat might have been scared by my hidden skills when I chased him on all fours."

Another student, in his post, said," Through crawling I find self-fulfillment, wildness, the calling of ancient times, and unexpectedly, firm abs."

According to Primal Play, there are great benefits of walking on all fours. "First and most importantly, quadrupedal movement helps to improve your body's balance and range of activity. In short, being able to move very quickly on all four limbs helps your body transition more dynamically between two very different states of movements - think of moving very quickly from a crouching position to a standing position, or vice versa," the website states.