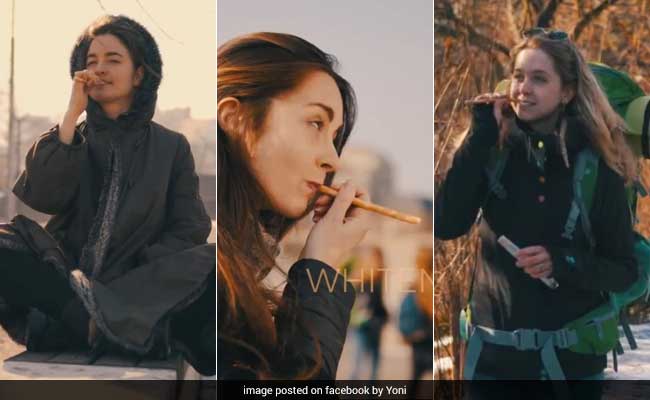 A company called Yoni has received ridicule online for their 'raw toothbrush.'

New Delhi: Whether its yoga or oil pulling, the West has often borrowed and repackaged centuries-old practices to make them trendier. This time, however, they seem to have gone too far by selling good old miswak as a raw toothbrush for over Rs 300 each! A Czech company called Yoni recently posted a video about their new product, advertised as a 'toothbrush and toothpaste in one', a 'twig from a tree salvadora persica', or, as most Indians know it, miswak. Miswak twigs have been around for over 7,000 years as natural teeth-cleaning agents in the Indian subcontinent, Arab peninsula, parts of Africa and Central and Southwest Asia.

In its new form, this 'rawtoothbrush,' as the product is marketed, is sold at 3.90 pounds or approximately Rs 315 for a single twig!


As is to be expected, Twitter was quick to jump up and point out that these 'revolutionary' raw toothbrushes have been around for centuries.

Promoted
Listen to the latest songs, only on JioSaavn.com
People were very quick to point out that the 'discovery' isn't actually so...

They are thousand years late in their "discovery" We've been using MISWAK since forever. #NotaRawToothbrushhttps://t.co/ET7OyasOtA

And they were not going to take it lying down

Really? You're going to take #Miswak, take a few edgy photos with some YT hipsters and try re-brand it the #rawtoothbrush. No. Just No.

how has miswak been gentrified into a 'twigbrush' tauba tauba

Rebranded a miswak and selling for £4 lolhttps://t.co/oBEa2fu60U

How about getting back to neem and miswak sticks
Or you need #colgate or #pepsodent to package it.. ?? https://t.co/xjCcnVuXOJ

You can watch the full ad here:

What do you think of it? Do let us know using the comments section below.