China's Panda Cafe Turns Out To Be Full Of Dyed Dogs 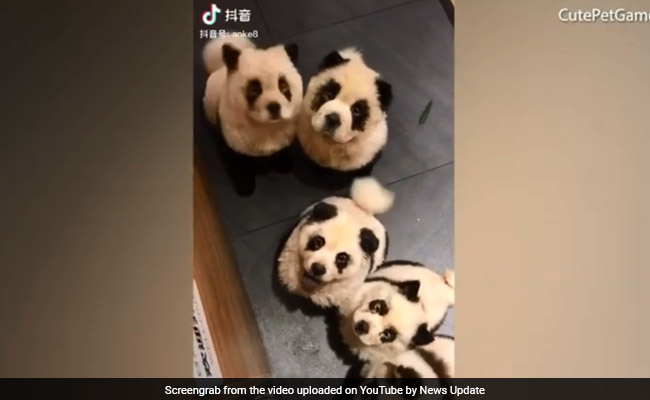 A cafe in China has come under fire for dyeing dogs to resemble pandas.

A pet cafe in China has triggered a controversy after its owner dyed Chow Chow dogs to resemble giant pandas. The 'panda' cafe is located in Chengdu - home to the famous Chengdu Research Base of Giant Panda Breeding - and was recently opened to public, reports BBC.

Named Cute Pet Games, it appears to be home to six adorable panda cubs at first glance. Look a little closer, however, and you will realise that the panda cubs are actually Chow Chow dogs dyed to resemble China's national animal.

Footage of the six Chow Chow dogs with black dye around their eyes and ears has gone viral on Chinese social media platforms like Weibo, leading to a wave of criticism. Many netizens condemned the dye job as it could be harmful for the dogs.

However, the owner of the cafe, identified only by his surname Huang, says that his dogs are "very healthy" despite the criticism his cafe has received.

"Although [the dogs] are not real pandas, we hope our customers can experience the panda culture in our shop," Mr Huang said.

Last year, a zoo in China came under the scanner for putting a dog in the cage marked for Siberian tigers. After that, another one was accused of deceiving visitors by keeping a dog in an enclosure marked for wolves.