Over 7-million views for this video 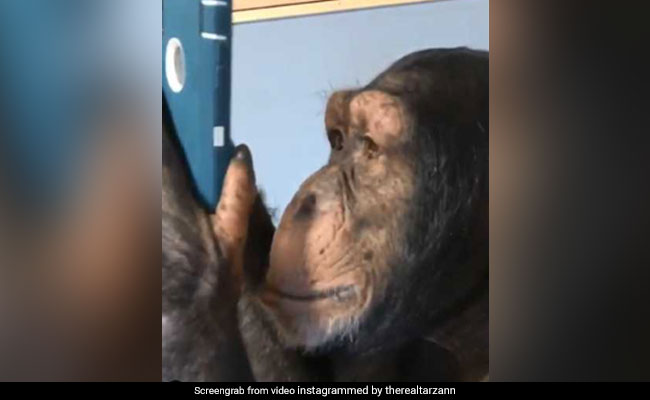 A video of a chimpanzee using Instagram has gone viral online.

A video that has stunned the Internet shows a chimpanzee using Instagram like a total pro - navigating the photo and video sharing app with complete ease. The video was originally posted on Instagram five days ago by animal conservationist and influencer Mike Holston, where it has collected over 1.5-million views. From there, it spread to Reddit, and then Twitter, where it has been viewed by 6-million people.

The video shows the chimpanzee scrolling through Instagram, clicking on posts and watching videos- pretty much like any human being would. Take a look at it below:

Since it was shared online, the video has stunned thousands of people.

"This is legitimately incredible," writes one person on Instagram. "So amazing how they are just like humans," says another.

The video also led to some hilarious memes:

However, not everyone finds the viral video amusing. Some have expressed concerns that the video shows a domesticated chimp, when they are wild animals.

This isn't funny or cute, it's animal cruelty. This chimpanzee should be in the wild socialising with his or her own kind, not being exploited for social media views... https://t.co/3q2zvkuIKK

Adriana Lowe, a primatologist and PhD candidate at the University of Kent in the UK, told Vice: "Sorry to be a killjoy, but this isn't something anyone who cares about chimps should be happy to see.

"The animal does look like it's in a domestic home, so it's probably a pet, which is a really really bad idea. Chimps make dreadful pets-they're intelligent social animals whose needs are difficult to meet, even in a setting like a good quality sanctuary."