The hilarious meme used a reference from the web series “The Family Man” to ease the tension. 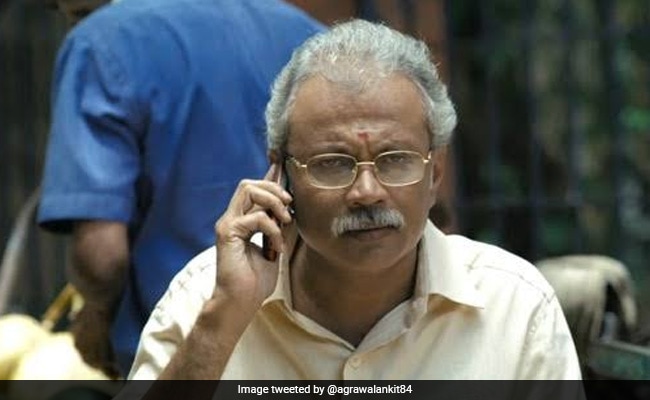 Chellam Sir is a popular character from 'The Family Man'

With the Central Board of Secondary Education (CBSE) expected to release Class 12 results this week, it is not surprising to find parents and students in a state of nervous excitement. While there is a lot riding on the results for students across the country, the Board took the opportunity to ease the tension and spread some cheer through its official Twitter account on Wednesday. It did so by sharing a meme using characters from the popular web series The Family Man. And keeping with the trend, the star of the meme was “Chellam sir”, one of the most popular characters from the second season of the show.

The meme features Manoj Bajpayee, who plays the lead character named Srikant Tiwari on the show, making an agitated call to Chellam sir. The caption next to Mr Bajpayee reads, “Sir woh…Atharv ka CBSE result kab ayegaa? (When will Atharv's CBSE results be announced?) I'm too worried.” Atharv is Srikanth's son in the series.

To this, Chellam sir, played by Uday Mahesh asks him to be patient. He is depicted as saying, “Don't be a minimum parent Sri, be optimistic. Jald hi ayega. (It will come soon).” Along with the meme, the tweet read, “Don't be a Minimum Guy Parent.”  The caption is a take on the term “minimum guy” that is used in the series by Srikant's boss to pester him to increase his productivity.

The inclusion of Chellam sir in the meme is due to the fact that he is seen as a man one goes to in case of any queries, causing fans to compare him to the search engine, Google. The tweet has  racked up over 1,700 likes in less than 24 hours.

The meme received a flurry of responses on the micro-blogging site. Reacting to the post, one user could not help pointing out that the Board was posting memes even as parents and students were nervously awaiting results.

Another implied that students were in no mood for such jokes.

This person shared a meme to convey what most students were feeling about the Board's tweet.

And it was not long before students responded with their pick of popular memes.

It was not just students, but even “memers” had something to say about the tweet.

We even spotted an Anil Kapoor dialogue in the comments section.

Tell us what you think of CBSE's meme game.