"Brave man for defending himself," wrote one person. 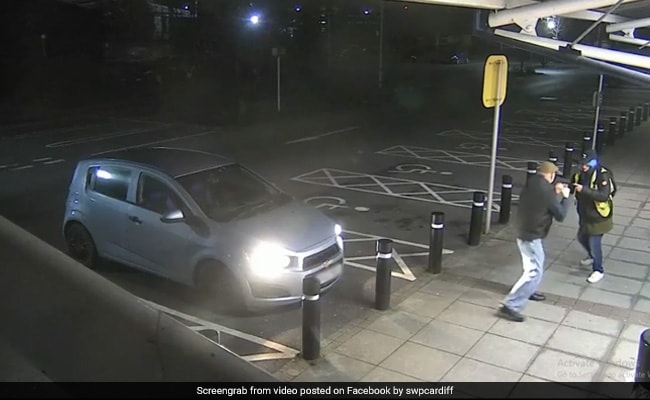 An elderly man fought off a robber in Cardiff.

The moment a 77-year-old fought off a robber at an ATM was captured by security cameras at the site. CCTV footage released by South Wales Police has earned the elderly man praise for his "boxing moves" and his courage in fighting back.

The footage, filmed at Cardiff, UK, shows the man stepping out of his car and walking into an ATM. On his way back after withdrawing money, he is attacked by a robber. According to police, the man was approached by an "unknown white male" demanding his cash and his bank card.

Instead of handing his stuff over, the 77-year-old decides to fight back, eventually forcing the robber to retreat empty-handed.

A video of the incident is being widely circulated on Facebook, where it was shared by South Wales Police on Tuesday along with an appeal for information about the incident. "We would encourage anyone who knows him to please come forward," the department wrote while sharing the video.

"Brave man for defending himself, hope he is not too shaken up," wrote one person in the comments section. "Brave man to fight off that excuse for a human being," said another. "Well done the victim. Old school boxing skills will always prevail," a third added.

Detective Constable Stephen Mayne, from South Wales Police, said: "The victim in this case showed great bravery, however he has been left shaken.

In January, a shopkeeper in the UK had gone viral for chasing a robber away with a baseball bat.