The picture features two policemen with a man they have arrested. 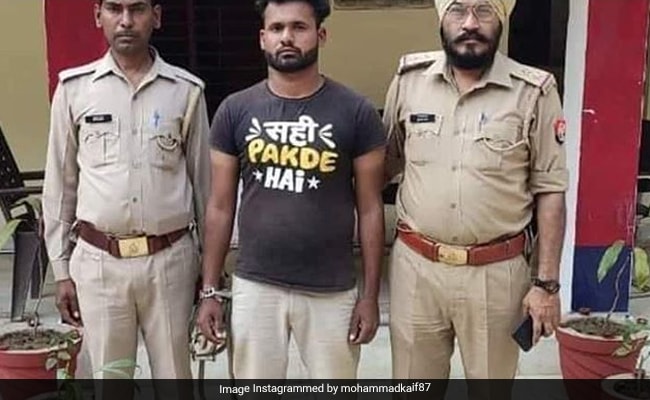 Want to start your week with a chuckle? Look no further than Mohammad Kaif's latest Instagram post. On Sunday evening, the former cricketer took to Instagram to share a photograph that has his followers laughing out loud. The picture features two policemen with a man they have arrested. At first glance, it seems like there is nothing funny about the photograph. Look a little closer, however, and you will realise it is the slogan on the man's T-shirt that has social media users in splits.

"Sahi pakde hai," reads the T-shirt, which loosely translates to "well caught" - oddly ironic given the situation that the man found himself in.

Mr Kaif's post has collected over 28,000 'likes' and a ton of comments, most of them with laughing face emojis.

"Very funny," wrote one person in the comments section. "It happens, sir," said another.

According to Patrika, the photograph features two cops of the Muzaffarnagar Police Department with the man, named Suraj, who was arrested for betting. The photograph was clicked outside the Thana Bhuran Kalan police station in Sisauli in the last week of October and has since gone viral online, they report.

What do you think of the post? Let us know using the comments section.